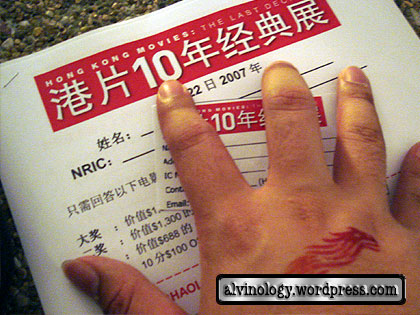 I got free tickets to this event from Rachel. There were screenings of selected Hong Kong movies that represented the best of the lot in the last decade.

I missed the first day screening, but went down to Tampines Mall last Saturday to watch the second screening with Leon. We get to watch《少林足球》and《菠萝油王子》. Actually, Leon and I specially made it down to watch the latter, an experimental animation movie which was supposed to be screened at a later timing. However, the irresponsible organisers switched the screening order without notifying anyone. We ended up only catching the ending to 《菠萝油王子》and watched the whole of 《少林足球》. 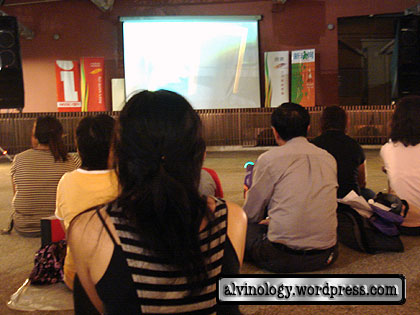 The following day, I went with Rachel to Shaw Balestier to watch 《三岔口》and《异度空间》. The latter was quite freaky. It was the last movie that Leslie Cheung starred in before his blizzard plunge to death. The movie ending eerily echoes his death in real life. WARNING: Long entries ahead with loads of photos! Rachel and I went to the Singapore Toy & Comic…
byalvinology

Asia’s Largest Festival at Sea, IT’S THE SHIP is giving back to the ship community by hosting the…
byIrone Kim 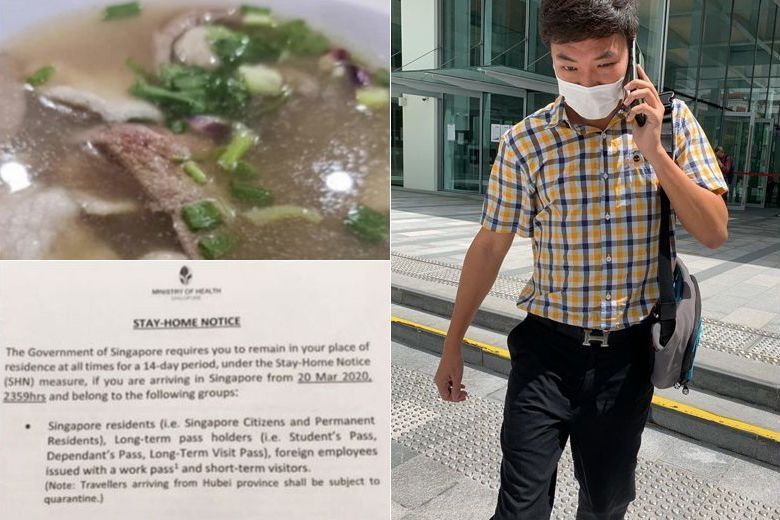 In September 2016, Covered.Asia wrote a piece about the first custom Lamborghini Huracán Spyder to cruise on Singapore roads.…
byStaff Writer