This is a really wonderful book that I want to share with everyone. It comes in three volumes and is written by famous Japanese comedian and writer, 岛田洋七 , Yoshichi Shimada. Here’s a short synopsis:

After the explosion of the atom bombs, the writer’s father died of nuclear radiation. As his mother could not afford to take care of her son and work at the same time, Yoschichi was sent to live with his grandmother in 佐贺, Saga. Although his grandmother was extremely poor, she always had some wonderful ways to go on living and made life full of discoveries and laughters.

The first two volumes, 佐贺的超级阿嬷, Amazing Grandma In Saga, and 佐贺阿嬷：笑着活下去, Grandma in Saga: Live on with a Smile – are about Yoshichi’s memorable childhood adventures with her grandmother. The third volume has less to do with Yoshichi’s grandma, but about Yoshichi’s youth, when he eloped with his current wife and embark on a journey to become one of Japan’s hottest comedian star.

There are many interesting verbatim in the series that can serve as guides in our lives when we feel down and beaten.

My favourite line from the series is this – 让人察觉不到的体贴才是真正的体贴、真正的关切 (True thoughtfulness and concern is what is kept undectable). An anecdote to depict this in the book recounts an incident where Yoshichi is tasked to buy broken tofu from a bicycle tofu peddler by her grandma:

One day, the peddler told Yoshichi there was no broken tofu for sale. Just when Yoshichi was about to leave, the peddler called him back. He then crushed a piece of tofu and sold it to Yoshichi at the discounted price, giving him a knowing smile. The peddler knew that Yoshichi and his grandma are poor, but did not imposed charity on them, but showered his concern in his own hidden way.

Sweet isn’t it? I think modern society has a lot to learn from here – given the showy ways a lot of charity work and donation drives are currently being carried out.

Some other good quotes include:

In this corrupted and materialistic time and age, these phases from an uneducated country bumpkin come as real gems. Such is the simple appeal of the book that makes it a huge success as it pushes the right buttons for over-stressed city folks.

If you are thinking of trying to get in touch with your Chinese root once again by reading a Chinese book – this is a good one to start with (although it is translated from Japanese).

The Wolf of Wall Street is a 2013 American film directed by Martin Scorsese, based on Jordan Belfort’s…
byalvinology 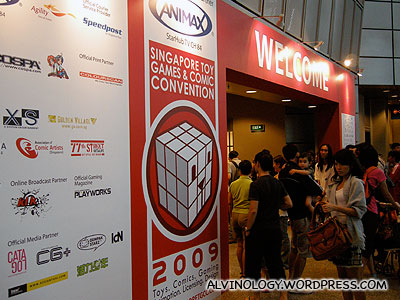 The LG’S NEW G7+ THINQ SMARTPHONE will be launched at an invite-only event at Zouk from 1-3pm tomorrow.…
byKaryn Cheong