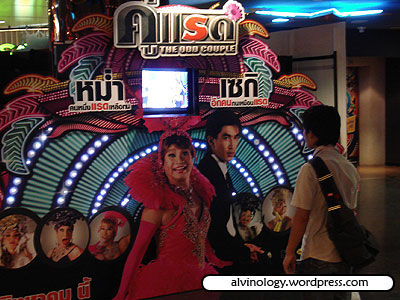 Does this movie standee reminds you of Royston Tan‘s latest film, 881?

It does for me.

Anyway, it’s actually promoting a Thai movie about a transvestite who falls in love with a cop sent to protect her over some criminal case.

Here are some scenes taken from the movie trailer. 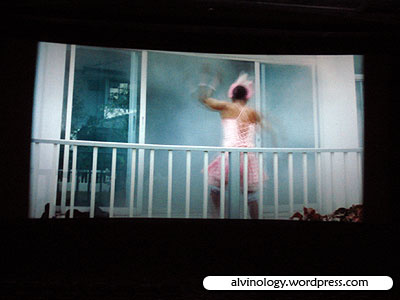 Tranny jumping up and down on a balcony 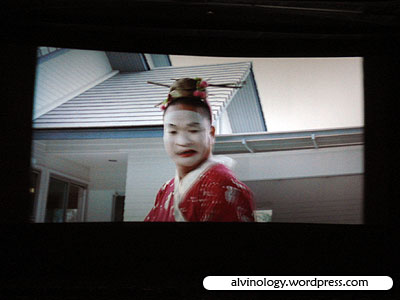 As much as I would have loved to watch it, I ended up catching another Thai movie as this one was not showing yet. It was a bad decision as the other movie sucked totally.

It’s an action-comedy film called Kungfu Tootsie – the movie poster looks like a spoof of Stephen Chow‘s Kungfu Hustler. I probably chose to watch it as I enjoyed the latter very much. 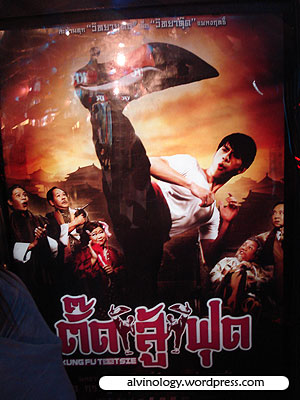 In the end, the poster was the only thing about Kungfu Tootsie to resemble Kungfu Hustle. The storyline was silly and the jokes were lame. It started with a Chinese gang lord getting his hand chopped off due a silly fight. As a result, the gang has to get the gang lord’s gay twin brother to stand in for him so as not to let other gangs discover that their gang is now weakened with their leader injured.

A series of lame slapstick jokes followed, some of which made gays seem overly lusty and campy – rather derogatory in nature indeed. It’s okay if the treatment was funny, but it wasn’t!

Anyway, I somehow managed to survive the whole movie and return to Singapore.

Spend and Win when You Go Great Singapore Sale Shopping with MasterCard! 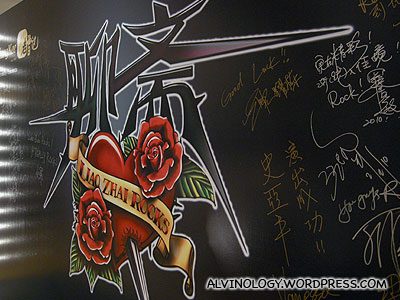 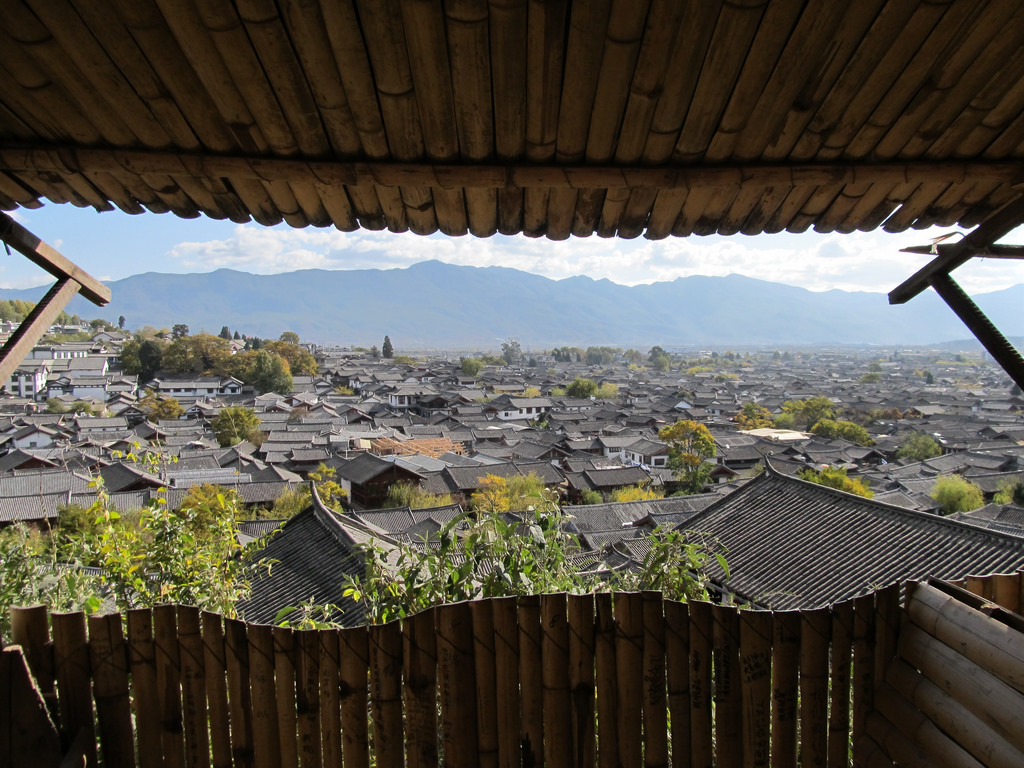 “Look here! 1, 2, 3 Qie zi (it means eggplant but is really the Chinese equivalent of saying…
byJeremy Koh
Hello. Add your message here.
See how Snapask has been helping out over 3 million students around the world. Find a perfect plan