Who is Li Hongyi?

His name is buzzing over the local web community lately ‘cos of an incident in SAF. Anyway, out of curiosity, I did an image search to look for a photo of Li Hongyi. And voila! The picture above is what I found – taken from a RJC Prom Night photo album belonging to a ssatosaigon2.

Not too sure if he’s the right guy. Can someone verify?

Along the way while searching for his image, I discovered that Li Hongyi was an overachiever since young – he schooled at Rosyth Primary, ACS (Independent), Raffles JC, won the Lee Kuan Yew Award for Math & Science in 2006 and was commissioned as an officer in SAFTI Military Institute the same year.

I also want a son like that next time! 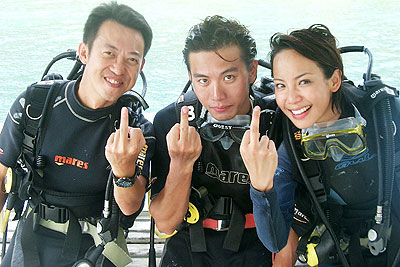 Via EDMW. The photos look authentic and seem to be taken during a diving trip the two of…
byalvinology [Sponsored Video] NewsLoop Has Something For Everyone

Singtel’s popular news app, NewsLoop, is now customised for the Apple Watch! The locally developed app is one…
byalvinology 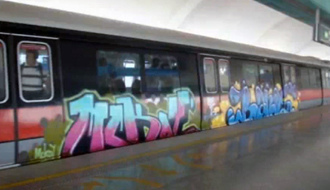 MRT Train vandalised by Swiss National – Is this another publicity stunt by SingPost?

Tomorrow, watch the 19th Golden Melody Awards together and LIVE comment/critique on omy’s forum together with me k?…
byalvinology