This festive season, Tom’s Palette returns with a host of sweet treats to spread the cheer. From a collaboration with another homegrown brand to recreations of classic Christmas recipes, here’s what to expect from the 16-year-old home-grown gelateria brand.

Christmas with the Buckets Parfait

Made in collaboration with another Singapore homegrown brand, Mr. Bucket Chocolaterie, the Christmas with the Buckets parfait features responsibly sourced single-estate Asian chocolate, crafted into a 64% Dark Chocolate Soft Serve and a 72% Dark Chocolate Brownie.

It’s brought together with Raspberry Espuma, Hazelnut Croquant, Rice Krispies, and an optional splash of Rum.
The soft serve uses beans from Panchor, Malaysia. These beans were sourced from Mr. Simon Ting, a chocolate maker who learned to produce cacao beans from scratch. From a humble farm growing cacao and coconut trees, Mr. Ting has since expanded his business to a whopping 20 acres across 4 farms in Malacca.

The dark chocolate brownie uses beans from the cacao capital of the Philippines. The beans were grown by local farmers in the northwest Calinan district of Davao City, and then fermented and sun-dried in small batches by Mr. Michael Tan, a fellow Singaporean.

Earlier at the start of December, Mr. Bucket Chocolaterie unveiled its new shopfront in Dempsey Hill, where it is serving up two single-origin chocolate gelato crafted by Tom’s Palette.

Share the love this season with this takeaway festive promotion. Choose up to two flavours for every tub, which will be packed fresh on the spot.

That’s just $50 for six flavours and 18 cups of gelato! This would be a perfect sharing gift when visiting someone’s place for a Christmas party with friends and families. 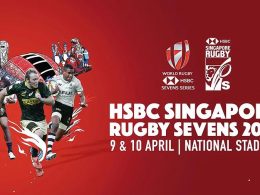 HSBC Singapore Rugby Sevens is confirmed to return this April 2022 and your 2020 tickets are still valid!

You can catch live world class rugby action again, with the HSBC Singapore Rugby Sevens to go ahead…
byIrone Kim

LG collaborates with BTS to launch the new G7+ THINQ! Get ready to party it up at ULTRA SINGAPORE 2018!

It was a morning of eager anticipation at Resorts World Sentosa’s S.E.A. Aquarium, one of the world’s largest…
byDanielle Ann
Power up your child's learning with Geniebook.
Sign up for free demo
This is default text for notification bar
Learn more