Black Panther: Wakanda Forever is the much-awaited sequel to Black Panther (2018) and the 30th film in the Marvel Cinematic Universe.

Following the sudden death of Chadwick Boseman from colon cancer, the lead actor playing the role of Black Panther/ King T’Challa in the first film, Marvel opted to write out King T’Challa from the sequel versus recasting for someone else to play the role. This was a respectful and sound decision because it would be very hard for an actor to fill the shoes of Boseman, after his titular performance.

Someone else from the original cast from the first film will step up to play the role of Black Panther. It is quite predictable actually, so I was surprised the film dragged the reveal till after the second half.

The artistic direction for Wakanda Forever is as beautifully executed as the film movie. The costumes were gorgeous, the set designs were stunning and the music tracks were arrestingly catchy. The attention to detail was not just reserved for Wakanda, but for the Talokans as well, an ancient civilization of underwater dwelling people who were the main antagonists in the film.

My only complaint is that the film feels a tad too long. The storytelling is not as fast-paced as the first and definitely much slower than most Marvel movies, with some backstories for character development allowed to drag out for longer than perhaps necessary.

If you patiently sit through the first half of the movie, it will get many times more exciting from there and the later half of the movie is where the bulk of the actions and excitement kicks in.

Kudos to all the cast for their superb performance and acting chops. I could not pick out one person who did not seem to be born the respective role he or she was playing, delivering it to the very best from beginning to end.

Overall, this is one of the better Marvel movies in recent years that is fun to watch and quite the adventure. My son definitely enjoyed it to the core.

Up to 50% off P&G Super Brand Day on Shopee for brands like Pampers, Dynamo, Pantene and Old Spice 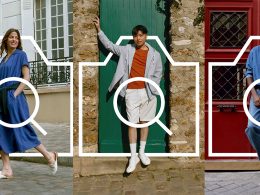 Alcohol lovers, have you heard of the brand KweiChow MouTai (贵州茅台)? It’s a shame if you haven’t because the…
byalvinology