The LEGO Group re-imagines the Friends Universe, with the introduction of new diverse characters, to enable more children to feel represented during play. This next generation is designed to celebrate diverse friendships in the modern world.

This next generation of LEGO Friends has implemented input from kid testing, research and feedback from letters sent to the company, which all found children had a desire to see themselves, their friends and their families better represented.

The new sets and series will feature characters with limb difference, Down Syndrome, anxiety, vitiligo, and a dog with a wheelchair. The new friends also explore and work to overcome modern challenges that they face, passions, obstacles, and differences, all while trying to create friendships.

The re-imagined LEGO Friends Universe aims to help kids become better friends to themselves and others while providing emotional and social development through play, to help them better understand individuality, diversity, and the modern world.

The LEGO Play Well Study 2022 showed an overwhelming desire for more representation in play and more discussion on diversity and revealed that parents (97%) believe it is important to discuss the unique individualities between us all, especially mental health (91%), physical disabilities (82%), mental disabilities (81%), and ethnicity (75%).

Moreover, parents (84%) say that play and toys can have a key role in helping children learn about diversity.

Moreover, children themselves are asking for a fairer, more equitable world with 9 out of 10 (91%) saying they care about everyone being treated equally.

The LEGO Group wants children across the globe to experience the entire Friends Universe as relatable and representative of the real world, both when it comes to products and content.

As a result, the storylines of the LEGO Friends TV show have been refreshed in collaboration with the Geena Davis Institute on Gender in Media helping to develop the character’s narratives to ensure they’re relatable, inclusive, and reflective of the difficulties and experiences that children face today, including the ups and downs of friendships.

The new LEGO Friends sets will be available from 1 January 2023 across LEGO Certified Stores, LEGO Official Store on Lazada, Shopee, Amazon, as well as major retailers and department stores in Singapore, while a LEGO Friends TV special is due to air in February 2023 – kicking off the new TV series.

Darlie and Pokemon collaborate to create special edition Pokémon lunch boxes and a Special Roadshow your kids will surely love!

Darlie is back with an all-new collaboration and this time is with Pokémon, to create special edition Pokémon…
byIrone Kim 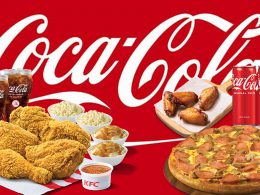 Artbox Singapore 2019 – admission is free to this urban art container event, the largest there is

Artbox Singapore is back for its third and biggest iteration, held at the 200,000-square-foot event space (The [email protected])…
byIrone Kim