The Arena Games Triathlon Singapore is the last of three events this season, with the previous two taking place in Munich (9 April) and London (23 April). Arena Games Triathlon London men’s winner Justus Nieschlag (GER) arrives in Singapore at the top of the table, while Munich champion Beth Potter (GBR) will look to overtake Cassandre Beaugrand (FRA) as leader in the women’s standings.

Ahead of the Grand Final, the athletes got a chance to meet with members of the local sports community as they conducted running workshops and training sessions for youth from the ActiveSG Athletics Club and SportCares. They also tried their hand at making roti prata and “pulling” teh tarik, local delights known and loved by many in the region.

Previous iterations have all taken place indoors but the Grand Final in Singapore will mark a first as all three disciplines will take place outdoors.

The triathletes will start their 200m swim in the Marina Reservoir before completing their 4km bike and 1km run legs on smart trainers and self-powered curved treadmills placed on the promenade of Marina Bay.

Super League has also partnered with Ochlos Holdings Pte Ltd, who are the Official Sustainability Partner for Arena Games Triathlon Singapore, and are providing sanitization efforts for all touchpoints and equipment with their FR-Shield solution. Once a surface is coated with FR-Shield, it has self-disinfection, antimicrobial and deodorizing effects that can last up to a year. 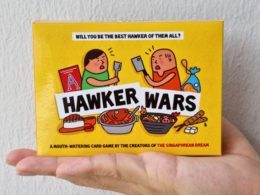 Hawker Wars is the latest card game from the studio that brought you Singapore’s best-selling local game, The…
byIrone Kim Naomi Neo pregnancy details on her then-boyfriend’s reaction, symptoms, and how she’s dealing with it so far

We are still caught up in the Naomi Neo pregnancy reveal, and here she is releasing another video…
byDanielle Ann 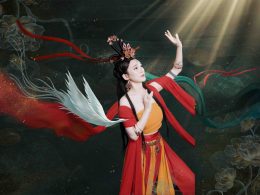