Medical Malpractice: What It Is And What You Can Do About It

Johns Hopkins University reports that medical errors are now the third leading cause of death for men and women in the United States. In their study, Johns Hopkins determined that more than 250,000 fatalities relating to malpractice and negligence happen each year.

What is medical malpractice?

Medical malpractice is the misuse of medical knowledge, skills, and judgment in order to harm a patient. It can occur when doctors, nurses, pharmacists, or anyone else employed by the hospital where a medical mistake happens make an error. Medical malpractice can also happen if the mistakes of doctors, nurses, pharmacists, and other medical personnel do not adversely affect a patient, but those mistakes leave a negative impact on the health of the patient. If a medical mistake isn’t made, but the patient suffers or dies because of the wrong medical treatment or care, malpractice may still be evident.

Medical malpractice laws are often described as well-defined in both scope and application.

How Prevalent is Medical Malpractice?

The CDC reports that, in 2013, 611,105 people died of heart disease, 584,881 died of cancer, and 149,205 died of chronic respiratory disease—the three leading causes of death in the U.S. The CDC’s newly calculated figures for medical errors put this cause of death behind cancer but ahead of respiratory disease. The new estimate puts the number of deaths caused by medical errors at 250 thousand people annually.

According to Dr. Martin Makary: “Top-ranked causes of death as reported by the CDC inform our country’s research funding and public health priorities. Right now, cancer and heart disease get a ton of attention, but since medical errors don’t appear on the list, the problem doesn’t get the funding and attention it deserves.”

How can medical malpractice affect you?

Malpractice can happen in many ways. People have a hard time knowing which type of medical malpractice they may be subject and as a result most go unreported and uninvestigated. The Johns Hopkins study shows that most cases go unreported.

Not knowing where to turn when you or someone you care about has been harmed by medical negligence can be debilitating. There are many methods of dealing with medical malpractice, each suited for different situations and needs. However, the good news is that if you’ve ever been hurt in a hospital, there are things you can do about it. The problem of lack of knowledge can be solved with education and information.

What can you do if you think you have been a victim of medical malpractice?

Why is it important to know about medical malpractice?

One of the biggest issues surrounding medical negligence is the belief that it is something someone could not have prevented, or that there was nothing that could have been done to prevent the mistake.

Unfortunately, even if you are very confident that you are in the right place, a medical error can still happen. The most important step you can take to prevent a medical error is to:

Preventing medical errors is impossible. Doctors do make mistakes from time to time, but they’re not always at fault. Most are also caring, competent professionals who are dedicated to making things better. At the same time, errors can be traced back to systemic problems in the healthcare system. If you experience a medical error, make sure to find a lawyer and pursue a medical malpractice lawsuit to fight for compensation.

Energy-Efficient Home Upgrades that Can Save You Money

We would all love to live in energy efficient homes. Energy upgrades are good for the environment, and…
byContributor 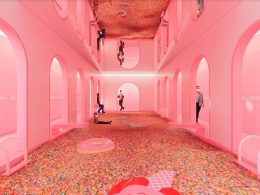 Museum of Ice Cream Singapore is opening its doors this August; Reserve tickets today before they sell out! 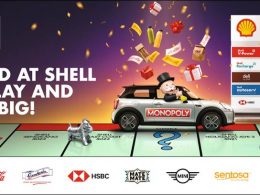 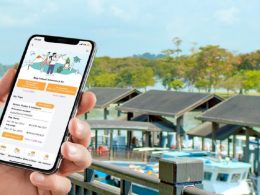 [PROMO CODE INSIDE] Travel Safe with NTUC Income’s FlexiTravel Hourly Insurance with premiums as low as $1.80 for 6 hours of travel insurance coverage