Everybody has dreams even if they never remember them. Dreams are not fully understood, but there are some correlations that seem important. Vivid dreams and nightmares tend to have the most connections to mental health.

Dreams can interrupt our sleep cycle. This is especially true of bad dreams. If you are having difficulties sleeping related to post traumatic stress disorder, then you may want to look into cognitive processing therapy. This type of therapy works by replacing negative thoughts and behaviors with positive ones.

Anxiety can impact dreams in some different ways. Anxiety can also disrupt sleep or contribute to insomnia. People with anxiety, like those who suffer with depression, are more prone to bad dreams and nightmares. The good news is that the research indicates that therapy, specifically cognitive behavioral therapy, can be effective for reducing the frequency of bad dreams.

Post traumatic stress disorder, or PTSD, is a mental health condition that arises from experienced trauma. It can cause intense, vivid nightmares. People who suffer from PTSD may have nightmares related to the traumatic experience that was a catalyst for their disorder. These nightmares may happen often and cause heightened anxiety and disturbance in sleep quality and patterns.

Studies indicate that those who suffer from schizophrenia have dreams with more negative feelings and anxiety than those who do not suffer from a mental health disorder. There may be more hostile activity directed primarily towards the person who is dreaming. Schizophrenia also causes more frequent nightmares in some people.

Additionally, schizophrenics tend to have more strangers and less familiar characters in their dreams. They also have more dreams where they are not the main character. The increased negativity in the dreams of schizophrenics, as well as the increased frequency of nightmares, seems to be consistent with the symptoms that schizophrenia causes on the psyche.

Studies have found that participants who suffered from borderline personality disorder were more likely to have friendly characters. They also found that the dreamers were less confused about the subject matter of their dreams. Their dreams were more vivid and had more identifiable features.

Vivid, realistic, or intense dreams are not fully understood. Experts thinks that dreaming may be the way for the brain to process information from the day. Also, people are more likely to remember a dream if it is at closer to the point of awakening. However, vivid dreams may be highly memorable for a longer amount of time.

Vivid dreams are not necessarily focused on negative feelings or situations. However, they are often intense or seem real no matter how strange the content truly is. There are several different factors that may play a role in vivid dreams.

Stress and anxiety may correlate with vivid dreams. Important events, especially the type that cause stress even if they are wholly positive, can contribute to intense, memorable dreams as well. Trauma is another factor that may cause vivid dreams.

Insomnia may also affect sleep and so can sudden changes in sleep schedule. This may be caused by things such as a change in your time zone from travel or the prolonged loss of sleep caused by a newborn baby.

Some medications and other substances may also cause vivid dreams. Antidepressants, beta blockers, and blood pressure medicines are some of the ones that often contribute to intense dreaming.

Vivid dreams can be hard on your wellbeing. They may cause you to be tired during the day which may cause difficulties with productivity or daily function. Vivid dreams can also be emotion and even contribute to depression and anxiety. This is the most harmful if it is long-term vivid dreaming.

Nightmares are often disturbing or cause nervousness and anxiety. If you have occasional nightmares, you have no need to worry even if they are somewhat distressing. Nightmare disorder is fairly rare and is associated with frequent nightmares that disrupt sleep, contribute to insomnia, or cause issues with daily functioning or wellbeing.

It is more common to have nightmares in the second half of your night. Sometimes they can occur more than once in the same night as well. They are usually short, but they may cause a person to suddenly wake up and have difficulty returning to a restful sleep.

A nightmare may involve upsetting, realistic situations or images. Sometimes the storyline revolves around things that cause the person fear or worry. Nightmares can even cause physical symptoms like increased heart rate or excessive sweating.

Stress, anxiety, trauma, medication, loss of sleep, and sudden changes in sleeping schedule can all contribute to nightmares. Some people even have nightmares after they read a scary book or watch a disturbing movie.

Imagery rehearsal therapy is commonly used for people who experience vivid dreams or nightmares, typically as a result of trauma. This type of therapy is designed to change the ending of a disturbing or stressful nightmare that you can focus on while you are awake. Over time, the situation in the nightmare becomes less threatening or distressing. Then, you will gradually experience less vivid dreams and nightmares.

If you are suffering from nightmares due to PTSD, then cognitive processing therapy may be the most beneficial therapy. This type of therapy can help you understand and manage your negative emotions and behaviors associated with the traumatic experience.

Dreams can be fun, but they can also be stressful or even cause us to lose precious sleep. Nightmares may arise more due to anxiety, depression, PTSD, and other mental health conditions. However, therapy can be beneficial for treating the underlying condition and reduce the frequency of bad dreams.

Marie Miguel has been a writing and research expert for nearly a decade, covering a variety of health- related topics. Currently, she is contributing to the expansion and growth of a free online mental health resource with BetterHelp.com. With an interest and dedication to addressing stigmas associated with mental health, she continues to specifically target subjects related to anxiety and depression. 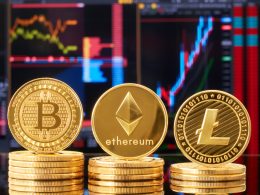 Cryptocurrency Exchanges: Exchanges that allow exchanging cryptocurrencies for many other commodities, such as digital and conventional currencies, are…
byContributor [Infographic] Things to Prepare for Hiking

We often read about cases of hikers gone missing and if they survived or get saved, it’s usually…
byContributor