Artificial intelligence (AI) is a system that uses layers and layers of data combined with algorithms to take on tasks of almost any size. More frequent tasks that this system is faced with are automating and organising information on mobile programs such as Facebook and aiding in financial software, while also playing and battling us at our favourite games – beating a former world chess champion in 2017.

It is slowly performing more tasks of higher quality and skills needed, making AI become more powerful by the day.

Below are all of the surprising ways in which AI is changing our everyday lives, as well as the surprising places where AI is already located that we had absolutely no idea about.

As said before, AI is still in its youth, so the amount it can do successfully isn’t a huge amount. As of now, the tests produced to analyse how AI works is slightly hit and miss, with only some positive outcomes being produced. However, each of them show some form of growth in intelligence.

Some aspects are gaining more and more aid from AI, making it clear that it won’t be much of a wait until the software can run things entirely on its own.

These may not seem like the most exciting of circumstances that AI can produce all on its own, but it is assisting humans in completing tedious tasks that would usually take a long time. This allows editors and designers to focus on more important projects while still knowing the background tasks within their video editing workstations are being completed efficiently and successfully.

Many people in the developed world will either own a smartphone themselves or know a fair who do. To many people’s surprise, every time a smartphone is used, AI is being interacted with in some way.

It is largely found between the layers of apps integrated into a device’s software, but is also found in the assistants our phones offer. An example of this is when an iPhone user asks Siri what the weather will be like; AI immediately crawls the internet to provide a voice-assisted answer.

AI is surprisingly used in many sections of apps. Although found only in small sections, the use of AI is still running independently.

Two of the most popular apps in which AI is employed are Snapchat and Instagram. These apps are used by millions of people all over the world who are more than likely oblivious to the fact that a computer with a brain is running sections of it!

The area in which AI works in both apps is in facial recognition. Hugely popular features of the apps, AI helps in the filter being able to find your face and placing an effect over it so perfectly.

This is beneficial as we all have different faces and face shapes, so really it should seem slightly impossible for every filter to fit every single face differently. But AI recognises the features and allows the filter to attach to the structure perfectly.

Ever wondered why something you recently searched in Google is now popping up on all social media in the forms of adverts or videos? They’re more than likely tempting you to buy the dress or book the holiday.

Well, this evolution witnessed throughout the 20 years of Google ads is done through the aid of AI, analysing all past data used. It looks over everything from web searches to social media interactions and liked posts to provide us with a social media experience it thinks is best suited to us. AI focuses on only giving us content that it believes we will enjoy. Benefitting the advertising industry, AI is helping to create personalised adverts for social media users.

This benefits business owners in particular. Any advertising campaign will get greater coverage, being seen by a wider audience if their recent interactions correlate with the product or service that the business provides.

Ten years ago, autonomous vehicles may have seemed to be a futuristic dream. Flash forward to now and great strides have been made to turn this dream into reality. Companies such as Tesla, Google and Honda are continuously trying to develop the first commercial driverless car, which takes human drivers out of the picture.

For a car to be fully autonomous, it needs to be constantly aware of its surroundings, identifying potential hazards. Autonomous vehicles need to be able to make split-second decisions for a safe journey. This feature relies heavily on the ability of AI to solve a real-world problem – identifying a potential hazard (like someone crossing the road) and acting upon this with a high degree of reliability.

While we’re not there yet regarding fully autonomous vehicles, it wouldn’t be outlandish to believe that commercial driverless cars will be available in the not-so-distant future.

Everyone is extremely aware of some of the core issues around the world with war, famine, poverty and drought taking over many countries and claiming millions of lives.

However, researchers involved with the United Nations have been working to build a form of AI that can use various sets of data produced from countries affected. In doing this, it is hoped that they can predict where and when a future crisis may occur. It will likely take into account the current state, wealth, population and weather in order to make reliable predictions.

This is extremely beneficial as it can allow the UN and the country itself to prepare massively and try to avoid any forthcoming crisis. This form of AI will deduct the amount of poverty and countries that the globe has in crisis and help make living a better experience for so many.

Another surprising form that AI is being trained in is the analysis of traffic and the way the motorways are moving. In this case, AI will focus mainly on making traffic flow more smoothly for a faster breakdown of traffic jams, working to take control of traffic signals and even predict car crashes. It works more successfully and efficiently compared to humans as the AI can absorb vast amounts of information very quickly based on human activity, weather and time of day. It will use these factors to make predictions and change traffic signals to benefit the amount of traffic that has already been produced.

Artificial intelligence is a breathtaking form of technology that is constantly growing and evolving. No one so far knows how far AI will adapt or how much it will be able to achieve in the future. However, one thing that has been made very clear and that it will not be long until it is taking over jobs and aiding in a vast majority of different tasks, for speed, efficiency and reliability.

Oliver Griffiths has a passion for film, video games and technology. He can be found at Tillison Consulting running a number of clients’ digital marketing campaigns across all sectors and platforms. 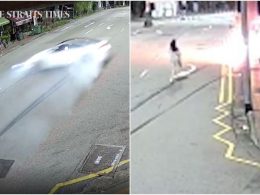 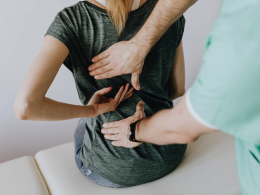 Working In The Office Can Cause Back Pain: Here’s How To Deal With It

Statistics have shown that over 75% of adults have had back pain at one point or the other.…
byGuy 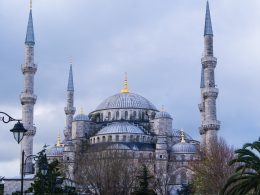 Top Places That You Shouldn’t Miss When Visiting Istanbul

Istanbul is one of the most popular tourist destinations globally, and it’s easy to see why. This vibrant…
byGuy

It’s easy to take our HVAC system for granted. We assume it’ll warm us up when it’s chilly,…
byContributor