According to the Sunbird Brewing Company, the oozy liquid of Gula Melaka combined with aromatic coconut and pandan are carefully re-created from scratch through hours of roasting and dedicated brewing for the specialty malt to open-up, and produce distinct roasted, caramel flavours.

Since its launch in April 2020, Sunbird Brewing Company has been keeping the momentum going through various collaborations that complements elements of lifestyle and new trends to excite and tease the craft beers scene in Singapore. the company is headed by prolific local brewer, Clive Tan.

Next time you are ordering beers for a #stayhome party, consider #supportinglocal and order them from a Singapore brand like Sunbird Brewing Company!

The Ondeh-Ondeh Porter is currently sold out on their official website, but their other signature craft beers are still available as below for S$7 per bottle.

A malty Pale Ale invigorated with Cascade, Chinook, Pacifica and Galaxy hops to create a distinct fresh flavour. The passionfruit and citrus aroma will make you daydream you’re living on a beautiful and embracing tropical island.

This Belgian Witbier’s light and fluffy body ending with a hint of herbal and citrus notes comes from the combination of raw wheat, oats, spices and orange peels.

The White IPA is an American style IPA and is light in colour with a creamy mouth feel accompanied by a bit of tartness from the Wit yeast. Citrusy and Piney, perfect for the Festive Seasons.

Scottish Ales are strong ales, also known as “Wee Heavy”. Traditionally, it goes through a long boil in the kettle for a caramelisation of the wort. This produces a deep copper to brown in colour brew. It is sweet and full bodied with a much more pronounced malty caramel and roasted malt flavour. 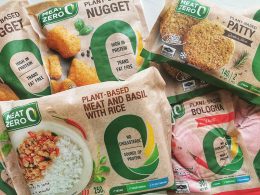 GIVEAWAY: Meat Zero – the new plant-based Meat you need to get your hands on

There is no denying the popularity of plant-based meats, or alternative meats, these days. And, it seems that…
byKatherine Goh 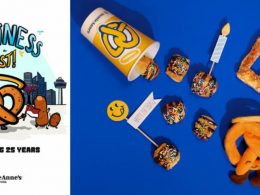 A family favourite since 1996, Auntie Anne’s marks its 25 years of handcrafted pretzels this year, with a…
byIrone Kim A popular travel destination for Singaporeans, Taiwan has plenty to offer including a street food culture featuring a…
byDanielle Ann
We are now on Telegram with daily deals and giveaways! Click and join our channel. It's FREE!
See how Snapask has been helping out over 3 million students around the world. Find a perfect plan