Manchester United Platinum Visa Credit Cardholders have more reasons to cheer. From 1 August 2019, they will be rewarded with 1% unlimited cash rebate on all transactions, on top of existing 1 TREATS point for every dollar spent.

The new card proposition was announced on 21 July 2019, at the Maybank Manchester United Tour 2019 held at Suntec City. Maybank Cards hosted 300 customers and 13 children under the care of social service organisation, Montfort Care – the young ones had fun playing foosball and scoring at Speed Shot game.

At a glance of the new credit card proposition of the Maybank Manchester United Platinum Visa Credit Card:

Other existing benefits for Cardholders include: 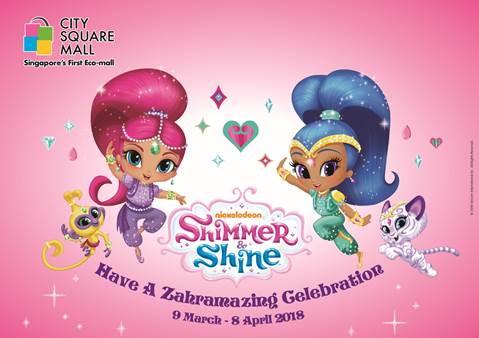 Have a fun-filled school holiday at City Square Mall with Nickelodeon’s twin genies-in-training, Shimmer and Shine! From 9…
byDanielle Ann

This article is also published on ASIA 361. You have probably seen the video of Iron Man’s Eiffel…
byKatherine Goh