3 Things to Know Before Moving to New Zealand

From the rugged volcanic North Island to the lush South Island split by the Southern Alps, New Zealand is one of the most beautiful countries on Earth. With a landmass slightly larger than the United Kingdom but a population that’s 1/10th the size, there are plenty of open spaces, especially with most Kiwis living in the urban areas.

New Zealand has one of the best economies in the world, and with cities consistently ranked among the most livable, it is easy to see why some many people dream of moving here. The following three things must be taken into consideration before you go.

Located over 2,500 miles from Australia, New Zealand is one of the most southern countries in the world. Because it’s so remote, moving there is no small task! Websites like www.movingtonewzealand.com can help explain all the legal requirements and logistical information needed to help you move to New Zealand. While being on a faraway island is exciting, it has its drawbacks.

Of course, it’s not all bad – you get breathtaking views, an endless number of outdoor activities to enjoy, and an amazing culture to dive into.

2. The Weather May Surprise You

Because New Zealand is so often associated with Australia, it is understandable why foreigners believe the weather is the same. The reality is that New has a far more Mediterranean climate than Australia’s hot and dry climate.

The summers are mild, with the highs averaging in the mid-20s (about 60-70 degrees Fahrenheit). It is always wise to carry a brolly and an extra jumper during the winter months.   The South Island is wetter and gets its fair share of snow, while the North Island only has snow at the highest altitudes. While the weather may change rapidly during the day, in general, it is rather pleasant and rarely extreme.

3. Be Prepared to Spend Time Outdoors

One thing most Kiwis have in common is a love for the outdoors. Cities like Auckland and Wellington along the coast have excellent sailing scenes. The southern tip of the South Island is full of fiords like the Milford Sound, which beckons to have its coastline hiked. The snowy Southern Alps are enjoyed by skiers and snowboarders year-round. All across the country, you’ll find no shortage of beautiful forests, parks, and trails to explore.

Adventurous types have made New Zealand an extreme athlete’s paradise with numerous locations available to skydive and bungee jump. Adrenaline junkies can take jetboats up the Shotover River or heli-ski from the top of a mountain. Wherever you decide to go, there will be plenty of opportunities to enjoy one of the most beautiful countries in the world.

New Zealand is the hidden gem of the South Pacific.  With its mild climate and stunning landscapes, it is a wonderful place to move.  Even with its remote location, it is well worth the difficulty in travelling there to experience all the things that make it such a lively country. 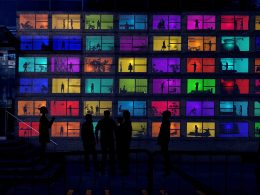 The Internet is a powerful tool for promoting businesses and increasing brand awareness, but there are loads of…
byGuy 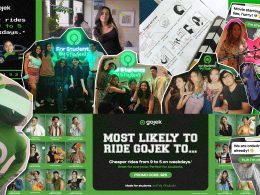 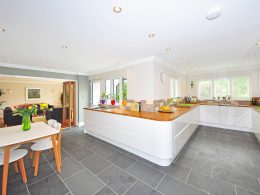 6 Home Decor Tips You Will Want To Hear

When it comes to home decor, everyone has their unique style. Some people prefer to keep things simple,…
byGuy 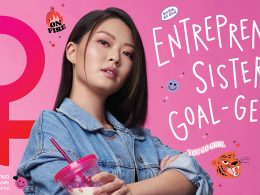 Kotex Singapore announces its new campaign “Unstoppable” in partnership with lifestyle brand kāi by bellywellyjelly, and its founder,…
byIrone Kim