In a report via Channel NewsAsia, such apps were described as “flagrantly infringe copyright by acting as gateways to websites streaming pirated content” by the Asia Video Industry Association’s (AVIA) Coalition Against Piracy (CAP). The plaintiffs are members of the CAP.

“These apps are preloaded on TV boxes which are overtly sold in retail outlets such as Sim Lim Square, IT exhibitions and on popular e-markets,” CAP added.

The motion was heard in the High Court on Nov 2 and the Judicial Commissioner Dedar Singh Gill granted the proposed orders against eight authentication server domains after that.

What are these TV Box apps like UBTV and why are they blocked in Singapore?

Android TV Box apps like UBTV are available from retailers at tech malls like Sim Lim Square and online via retail platforms like Carousell, Qoo10 and Lazada.

They operate in a grey area, whereby the TV boxes which are technically legal, allow viewers to stream premium content for free which are illegal. For instance, you get to watch shows like HBO’s Game of Thrones and live-streamed EPL football matches, all for free via the TV boxes on illegal sites.

The boxes are easy to use and the seller at Sim Lim Square will guide you through the set-up process. Illegal content is generally available on the Internet if you search deep enough, but the TV boxes make them easier to access on a Wi-Fi-connected television set.

Is the blocking of the TV Box App effective to stamp out piracy?

Technology moves faster than regulations in this case.

Shops in Sim Lim Square are still continuing to sell the TV boxes despite the blocking of access to streamed apps like UBTV. That’s because the retailers found a way to easily circumvent the ban by installing a pre-loaded app which alters the users’ Domain Name System (DNS) settings.

As a result, the networks in Singapore may have blocked the apps, but with a switch in the DNS, the apps still work fine.

Should you get a TV Box set?

Don’t be a cheapskate.

A standard subscription to Netflix costs just $10.98 a month in a competitively priced market. Yes, the TV Box app gives you unfettered access to a wide array of content across the board, but are you really such a super couch potato that you are going to spend 24 hours a day just watching television?

You will end up playing a cat and mouse game with the regulators with the TV box and will constantly have to update or upgrade your set to circumvent new rulings. For all that hassle involved, you might as well just pay for a proper licensed subscription service because time is money. Alternatively, you can even augment your standard Netflix subscription with a VPN, allowing you to access all of Netflix’s content regardless of geoblocks. 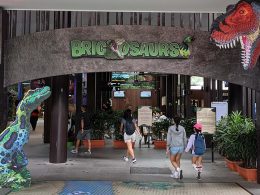