The Cyber Security Agency of Singapore (CSA) released key findings from its annual survey for 2017 on 23 April and the survey revealed improved uptake in good cybersecurity practices by respondents, namely in enabling Two-Factor Authentication (2FA), and exercising caution when it comes to online transactions and app downloads.

The survey seeks to measure public awareness and adoption of cyber hygiene practices, so as to better aid in developing initiatives to bridge knowledge gaps.

More respondents are aware of what 2FA is, as there is a six percentage point drop in the proportion of respondents who are “not sure” of this authentication process, from 10 percent in 2016.

Fewer respondents are also connecting to open, non-password protected Wi-Fi networks in public places, with a decrease from 37 percent in 2016 to 25 percent in 2017. In addition, there are fewer respondents who indicated that they had never scanned for viruses before opening or using downloaded files or external devices.

The findings also showed a 7 percentage point increase in the number of respondents who downloaded mobile applications from official app stores.

When it comes to password security, there has been no improvement in password management habits in 2017 as compared to 2016. About one in three respondents continue to store their passwords in their computer or write them down, or use the same password for work and personal accounts.

From a given list of passwords, only 45 percent of respondents are able to identify a strong password of at least eight characters comprising upper and lower-case letters, numbers and symbols in 2017.  Over six in ten respondents do not change their passwords regularly, or did so only when the system prompted them.

Need to Guard Against Complacency

Respondents’ levels of concern towards cyber threats – i.e. having their devices infected by viruses or malware, their financial or personal information extracted without their consent, and falling victim to a scam or fraud – saw a very slight dip.

But while seven in ten are concerned about these threats, less than half of them feel that the scenarios will happen to them. To continue to encourage adoption of good cybersecurity practices, CSA will launch its second cybersecurity public awareness campaign – “Cyber Tips 4 You” – on 23 April 2018, with a series of online videos, advertisements and posters, featuring local celebrities Suhaimi Yusof and Jae Liew from the cast of television drama “Tanglin”.

The two celebrities will provide four simple cyber tips to viewers, namely (1) use an anti-virus software, (2) use strong passwords and enable 2FA, (3) spot signs of phishing, and (4) update your software as soon as possible.

A launch event will be held on 5 May 2018 at Bedok Mall where visitors can get tips on how to create strong passwords as well as information on anti-virus software and how it works. 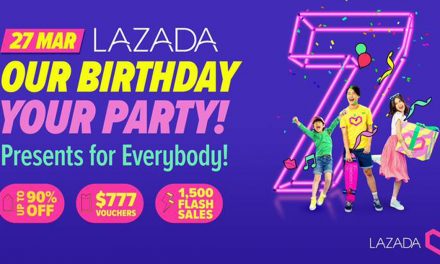 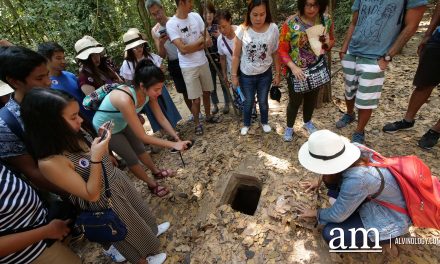 Complete your Vietnam Travel with Itineraries Booked with Changi Recommends