When Hawaii is mentioned as a travel destination, what images come to mind? Probably something like coconut trees, girls dancing in hula skirts and a tropical island.

Hawaii is much more than these stereotypes and I discovered it during my trip there last month, hosted by Scoot and the Hawai’i Tourism Authority. Beyond just a beach resort, there’s so much more to experience in Hawaii and here’s why it’s definitely worth a visit after your are done with your round of the usual tropical beach destinations in Singapore like Bali, Phuket and Boracay.

1. There is winter in Hawaii

Coming from tropical Singapore which is sweltering hot the whole year round, the winter temperature in Hawaii is perfect for those who want to visit a beach destination, but yet do not want the weather to be too hot. This probably describes all Singaporeans!

2. Hawaii is rich in ethnic culture

I visited the Chinatown in Oahu and it was an eye-opener to me. Hawaii has got to be one of the most ethnically diverse places in the world. Hawaii has the highest percentage of Asian Americans and multiracial Americans and the lowest percentage of White Americans of any state in America. It is the only state where Asian Americans identify as the largest ethnic group. This diverse ethnic mix is reflected in Hawaii’s Chinatown too.

Unlike most other Chinatowns around the world, the one in Hawaii is not culturally exclusive to the Chinese, but will see influences from other immigrant culture like from the Koreans, Filipinos, Africans and even Europeans.

During the 19th century labourers were imported from China to work on sugar plantations in Hawaii. Many became merchants after their contracts expired and moved to this area. Then came the Japanese, Korean, European, African and other migrants from around the world who continue to flock to Chinatown due to the receiving culture in the area and the the large foreign diaspora.

3. Learn the history of the Kamehameha Dynasty and the Kingdom of Hawaii before it became an America state

Kamehameha I, also known as Kamehameha the Great, was the founder of the the Kamehameha Dynasty and first ruler of the Kingdom of Hawaii. The royal residence for King Kamehameha III onwards, Iolani Palace, is open for tourists visit and a good place to learn about Hawaii’s history and heritage before it became an America state.

The palace is a National Historic Landmark listed on the National Register of Historic Places in America and was the royal residence of the rulers of the Kingdom of Hawaii from 1845 to 1893. After the monarchy was overthrown in 1893, the building was used as the capitol building for the Provisional Government, Republic, Territory, and State of Hawaii until 1969. The palace was restored and opened to the public as a museum in 1978. Many of the original furnitures still remain and Iolani Palace features an unique architectural style known as American Florentine that is not seen anywhere else in the world. The palace had electricity and telephone even before the White House and you will learn that the Kamehameha royals were able to establish diplomacies with many countries despite their isolated geography.

If the name Kamehameha sounds familiar, the creator of the hit manga and anime series, Dragonball Z, used the king’s name as the name of the signature power move for the protaganist, Son Goku.

There is a global craze for Poké bowls now and you can find a Poké restaurant in just about every major cities in the world. How did this dish came about?

The chefs at Foodland Farms Ala Moana shared with us that Hawaiians have always eaten cubed fish as a source of protein, but then some Hawaiians started eating it with sushi rice and that became the early Poké bowls. When in Hawaii, make sure you try their huge variety of Poké bowls, available at just about any supermarket or F&B areas.

Be sure to also try the Loco Moco, kind of like our Nasi Lemak, for breakfast. There are many variations, but the traditional loco moco consists of white rice, topped with a hamburger patty, a fried egg, and brown gravy.

Due to the rich ethnic mix and cultural diversity in Hawaii, the food scene is equally exciting and you will find many dishes that seem familiar, but tastes slightly different with an added Hawaiian twist to it.

For foodies, Hawaii is definitely a place where you can satisfy all your food cravings and excite your tastebuds.

Hawaii is an American state after all and this would mean a visit to Hawaii will entail shopping for American brands at America prices as compared to the markup prices at our local retailers. Brands like A&F, Calvin Klein, GAP, Nike, Under Armour, Steve Madden, Vans and several others are all significantly cheaper in Hawaii compared to Singapore, even without any sale. However, if you have time and would like to go for really rock-bottom prices, head down to the Waikele Premium Outlet for some hardcore outlet shopping. Prices here are really cheap. For instance, you can get Vans sneakers and Clarks shoes for as low as US$19.90 a pair. Usually the more pieces you get, the heavier the discount. Hence it make sense to go with friends and purchase in bulk.

Otherwise, just head down to any of the malls in Hawaii and check out the American brand stores. Note that there is no tourist tax refund for Hawaii.

Kakaako used to be just an industrial area where people send their cars for repair at the many car garages and mechanic shops. Then the guys from POW WOW came along and worked with the merchants at Kakaako to create large-scale graffiti art on the building facades, sprucing up the neighbourhood.

Then came the hipsters and the area developed into the vibrant art and hipster enclave that it is now, filled with street art and trendy eateries. The large-scale graffiti mural at Kakaako are changed regularly, with a few iconic ones kept intact.

For hipster travelers hunting for highly instagram-friendly spots and food, Kakaako is the place to be.

7. Surf Mecca at the North Shore

Many major sporting events take place in Hawaii throughout the year and there is a strong surfer community and culture, particularly at the North Shore. Even if you are not a surfer, the beaches are really beautiful and it is fun to enjoy the sports as a spectator or just getting to know more about the surf culture and community in Hawaii. Stretching for over 7 miles, the beaches of the North Shore host the world’s premier surfing competitions during the peak winter months, including the biggest of them all, the Vans Triple Crown of Surfing (Nov to Dec).

At North Shore, Hale’iwa – surfer central where many big surfing competitions are held all year round. Surfers young and old, expert and beginner all congregates here. Don’t forget to get a photo taken at the famous signboard when you are here (scroll the last image). #northshoreoahu #gohawaiisea #gohawaii #flyscoot #scoot2hawaii

Roughly a one-hour drive from Waikiki, the North Shore also features the charming surf town, Haleiwa Town, where you can shop, eat like a local and cool off with a signature rainbow-flavoured shave ice from the original Matsumoto Shaved Ice. 8. Visit to Pearl Harbor Historic Sites to learn about WWII

For history buffs, the Pearl Harbor historic sites are must-visit venues in Hawaii. After all, the surprise attack on Pearl Harbor by the Japanese forces on 7 Dec, 1941 was the trigger for the Americans to enter WWII, joining the Allied forces. On 2 Sep, 1945, the Japanese officially surrendered unconditionally and this was signed on board the batteship USS Missouri (BB-63) which is now housed at the Pearl Harbor area.

As such, a visit there would cover the full span of America’s involvement in WWII, all the way from the very beginning to the end.

9. A little taste of Hollywood at Kualoa Ranch

Kualoa is one of the world’s most famous private nature reserves and is a seventh generation local family-owned enterprise. The reserve was established in 1850 and spans 4,000-acre with a working cattle ranch of over 500 head of cattle, stretching from steep mountain cliffs to the sparkling sea, along the shores of Kaneohe Bay on the northeastern side of Oahu in the Hawaiian countryside.

If the views look familiar, it’s because the Kualoa Private Nature Reserve has been the site of many television shows and Hollywood films such as Jurassic World and Jurassic Park, Windtalkers, Pearl Harbor, Godzilla, Tears of the Sun and 50 First Dates. Television shows including the old and new Hawaii Five-O, Magnum P.I. and LOST have also been filmed at Kualoa. It is informally nicknamed as Hollywood’s “Hawaii Backlot”, and is said to have been seen by more than half a billion people in all the movies over the past 50 years. I am a big fan of LOST and it was an amazing experience to step onto the private island on which the show was filmed. Group and private tours are available and more details can be found on the official website.

Flying to Hawaii won’t burn a large hole in your wallet if you fly with Scoot. Return flights to Honolulu from Singapore, with transit at Osaka are now available from Scoot, with regular fares starting from just SGD 946 (tax inclusive).

Hawaii is one of the destinations whereby promo fares are available, together with Athens and Berlin: Overcome Your Fear Of Insects, Heights and Ghosts in Penang

There is more to Penang than its popular chendol/cendol, Armenian Street and heritage. We explored outdoor activities that…
byCarissa Wong 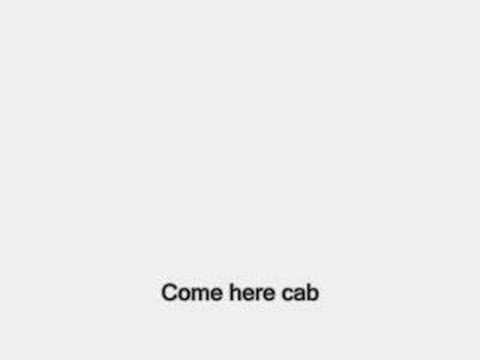