If you’re against bullying, then you should know Benjamin’s this story.

Xavier Charlton Jun Wei, a school bully, posted his story on how he bullies his seatmate, Benjamin, just for the fun of it. Xavier stated that he and Benjamin are table partners for a year. He believed that their teachers intentionally placed him beside Benjamin because he is very talkative in class.

He described Benjamin as fat, smelly, nerd, and mad gross that he is forced to separate their table wide enough for a sumo wrestler to fit the gap.

Xavier proudly announced that he loves bullying Benjamin. He kicks Benjamin’s bag whenever he gets an opportunity and the table while poor Benjamin is writing. He also kicks the chair when Benjamin is sleeping and take pictures of him and make memes out of it. They bully, Xavier, thinks that Benjamin is the fattest student in their school’s history. He claimed to have witnessed Benjamin finished off 3 sets of upsized McDonald’s Meal alone. And while Benjamin was eating, he and his friends went to disturb him. Xavier reminisce these moments and described it as ‘fun times.’

He stated that Benjamin is not at all innocent because of that one time he fought back. But, Xavier still admits that, although he doesn’t like Benjamin, he admires the kid for being smart. When asked how he got away from such bullying, Xavier replied that the school’s discipline master wouldn’t dare to go against him. The discipline master cannot go after him because he did not physically hurt Benjamin. He only did a mental torture, taunting, and the like. Being proud of bullying is something you don’t see every day. There are other kids in school like Benjamin that are suffering from physical, psychological, and cyberbullying. What Xavier did was very wrong, but also an eye-opener on how bad bullying is today. And it gets overtime unless certain laws are implemented to prevent it. 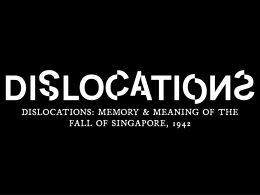 With 2022 marking the 80th anniversary of the Fall of Singapore, the National Museum of Singapore will be…
byIrone Kim 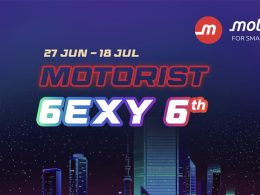 Motorist invites users to participate in a series of car quests on its app and win $800 in cash and other prizes!

With the push towards the adoption of Electric Vehicles (EVs) in Singapore, Motorist, a community-focused smart management vehicle…
byIrone Kim