How would you feel if the guy whom you thought could be the one was actually dating you along with three other girls and a guy?!

Chloe Teo, a Singaporean influencer, posted on social media platform DAYRE a story about how one guy named Ashry Owyong Min (we don’t know if this is his real name) allegedly built her up to believe that he was the perfect guy for her–only to have her rose-colored world burned down slowly as more and more details of his cheating were revealed.

How bad is this?

There’s your regular cheating story–and there’s this. Instead of just one guy cheating with another person, this guy has been allegedly cheating for years, with different girls–and a guy.

According to Chloe’s post (which is now taken offline, but still available on Google cache), she and Ashry were going regularly on dates, trips and various events. She said that at the start he was very sweet, kept texting and updating her on his life and opened up to her about his feelings and difficulties.

She said he told her he was in the Singapore Armed Forces’ special operations squad, even posting photos of him in uniform and training. Check out all the illustrious army badges he has sewn on his uniform. We counted at least two airborne badges and saw a Naval Diving Unit badge, awarded to the elite divers in the Singapore Navy.

Can any SAF regulars share with us if it’s possible to attain all these badges within a short period of time (given the guy’s relatively young age)? 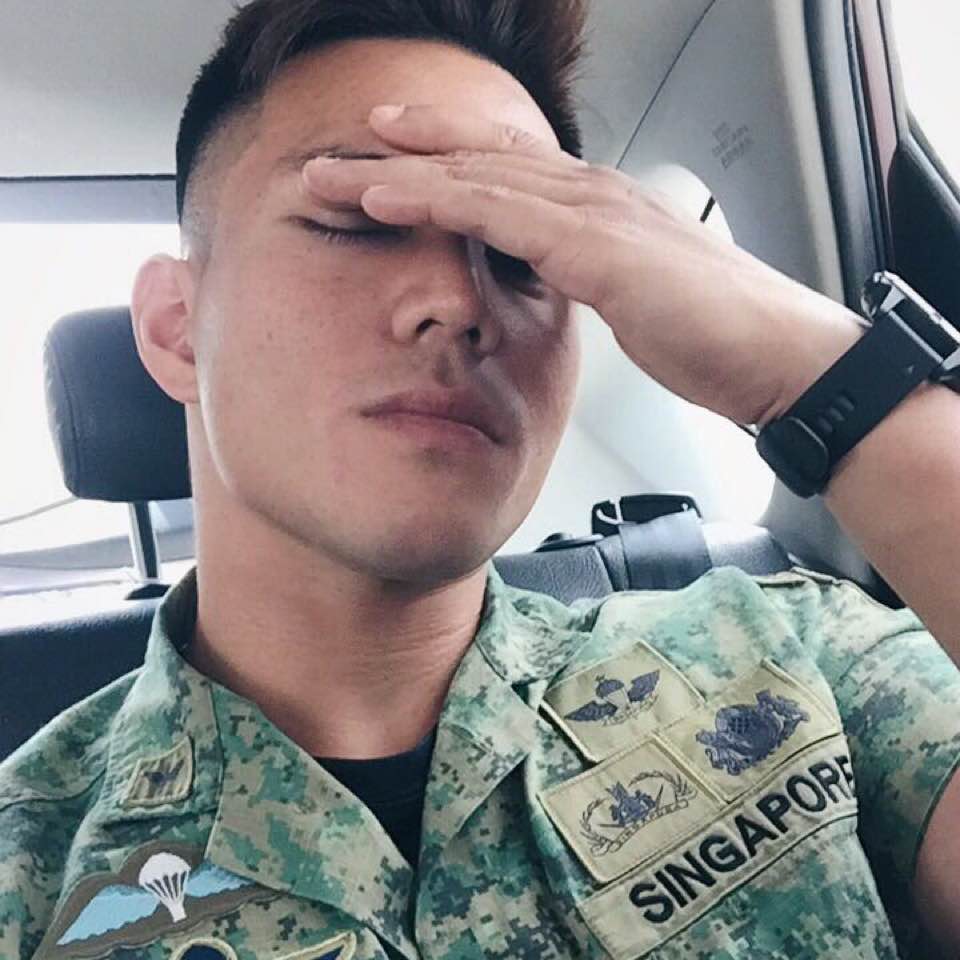 They would supposedly go on dates, meet up, and he would often ask her to book a Grab or ride-sharing service for him as he had no cash. He would tell her he would pay her back. These are actually the smallest of his lies.

Before everything came crashing down, Chloe was brave enough to reveal that she was thinking of settling down with him. He just treated her so well and perfectly.

But it all came crashing down after a trip to Boracay, Philippines.

He had allegedly asked her to put her social media on private, and she agreed.

But she noticed that he posted an Instagram story of her and him during their trip and she thought that they would finally be an official couple, and she could tell everyone how awesome he was.

Little did she know that it would spell the end.

The trip to Boracay

From her photos of their Boracay trip, you could conclude that they were having lots of fun on the tropical island. They took numerous shots with Chloe hanging on tightly to Ashry on the beach and in the air.

She had no idea of anything wrong at this time. She and Ashry did look like they were enjoying themselves. Who wouldn’t be this happy to be on a gorgeous beach with someone they liked? Their closeness was real–at least to her. Without knowing all this about him, they looked pretty good together. This trip may have cost him and Chloe a fair amount of cash if they went on various water sports. Chloe did not mention who paid for this trip or if they shared the expense. We’re not sure if this was taken before or after their day on the jetski and the beach. All in all, the two of them looked like any other couple on the island. But on the way home, things changed.

Chloe received a text on their journey home. She said that Ashry was next to her when she received it. Chloe started to get a bad feeling and confronted Ashry. He said that it was his sister. she initially believed him.

But the girl who started the conversation kept texting until she felt so bad and badgered Ashry enough for him to admit that she was his ex-girlfriend.

It was still a lie.

From the moment she and Ashry got back to Singapore, it was slowly revealed to her that he wasn’t anything he said he was. Everything he told her was a lie. Here’s how it all adds up, according to Chloe, with “her” being the girl who claims to be Ashry’s actual girlfriend who lives in Japan:

1. He picked me up in a red Hyundai, said it’s his grandpa’s. Nope. It’s HER grandpa’s.

3. Broken up this year since February. Nope. NOT once.

4. Goes to visit his grandparents at bullion part every week. Nope. HER grandparents. WITH HER.

7. Said she got engaged but left, cause she loved him. NOPE.

8. He’s been in the Special Ops Force for 3 years now… Nope. Not even a single year.

9. 18th-20th oct, set out to sea for a Mission. nope. Happily spending his time with her at the beach, shopping, movies and gym.

10. He had his driving license suspended because his Brother was drink driving using his car. Nope. He never even had a license to begin with.

11. Lied about his past with regards to school. Secondary school, expelled for webcam sex scandal, went to ITE, poly then uni.

Hahaha, to be honest when he told me about this, I wasn’t even disgusted. I was still telling him that everyone makes mistakes and that I’ll still love him even if my friends laughed at him and I for his wrong doings….

No really, he really doesn’t deserve my heart and my kindness.

12. Called me 5 times between 3-5am asking me if I was awake because his dad’s house is really uncomfortable to sleep at. Nope. Turns out, he fought with the other Girlfriend of his which he was supposed to stay over at, and she kicked him out… he slept at the bus stop hahaha.

13. Told me he was with friends playing darts, Nope. He was with his other girlfriend on a date night…. What the hell, after he left my house just that afternoon comforting me because of all the truth i found out about.

14. Told me he had to go to school but nope. He went to Suntec for a date night with his other Girlfriend…

15. Or how he was stuck at school and could only come at 9pm when nope. He was actually busy spending time with one of his other 3 girls outside.

16. How he said his grandma threatened to kill herself when he wanted to leave the relationship, Nope. He didn’t even breathe a single word about me.

Here are the photos she dug up of Ashry with his other beaus, including a boyfriend. Chloe mentioned that he and his alleged boyfriend have more intimate photos together than her.

Here is another girl allegedly with Ashry. That’s a lot to take in, isn’t it? What do you think Chloe felt about it all? Her Dayre post detailed how heartbroken she was, and in the end she also posted something about him even after everything.

At first, Chloe allegedly could not believe any of it and gave him the benefit of the doubt. But further conversations with him and even more girls emerging as his flings and “girlfriends” finally made her believe.

Chloe posted a farewell photo set for him on her Instagram:

Despite this horrid experience, Chloe is able to acknowledge everything and be brave enough to tell her story. We’re proud of you, Chloe!

What do you think of Ashry and his cheating ways? What would you have done in Chloe’s place? Let us know in the comments!

Go for a Walk at Pedestrian Night on Orchard Road 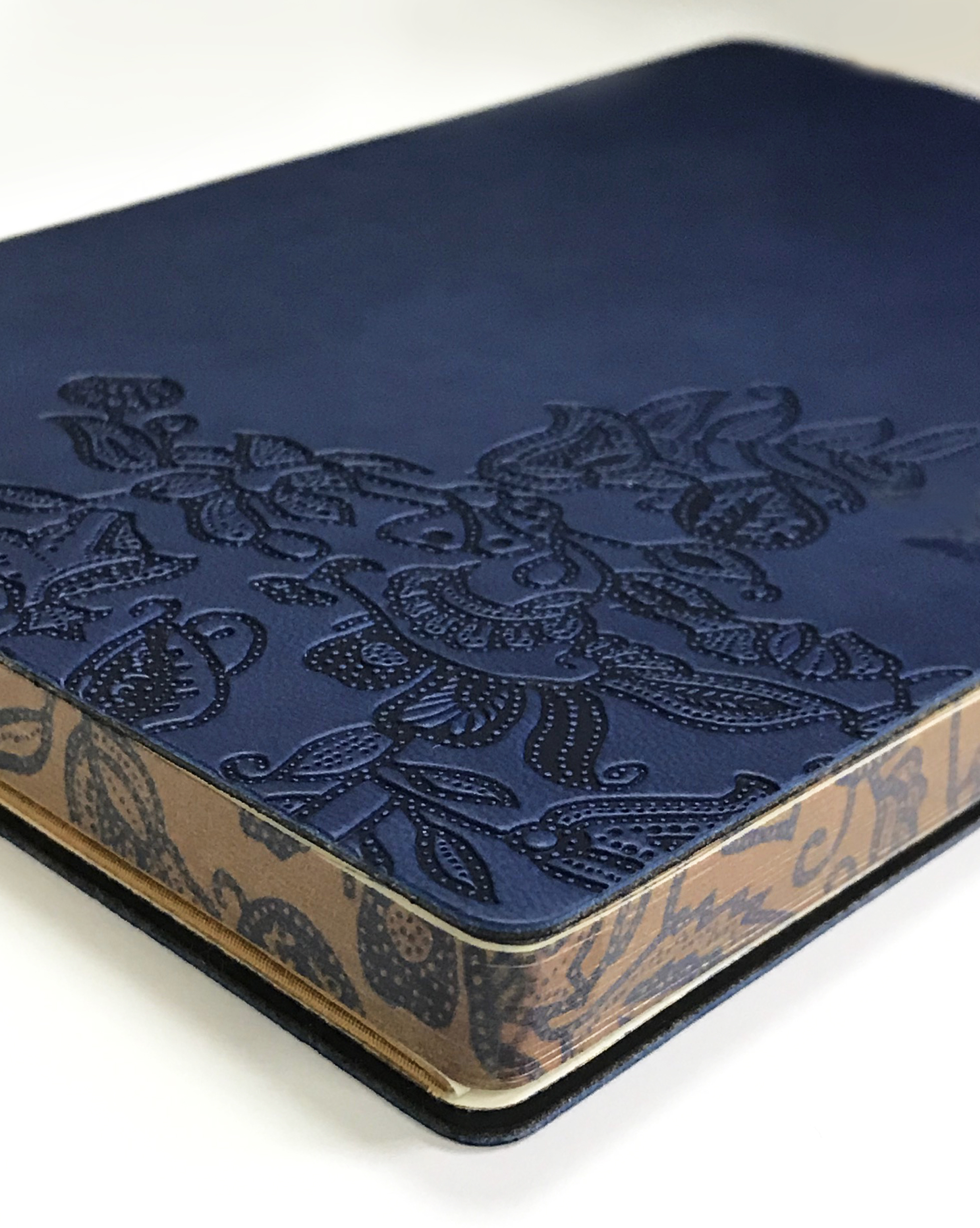 Collins Debden, the maker of stationery renowned for quality, has partnered with Singapore Airlines to introduce a bespoke,…
byIrone Kim 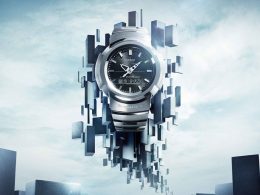 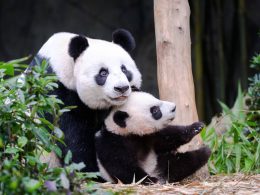 Singapore’s first Giant Panda cub, Le Le, is fast outgrowing his nursery and is ready to make his…
byIrone Kim