15 Teochew Kuehs You Should Know If You Are A Teochew

Kuehs, kuehs and more kuehs. Do you know your kuehs? Here’s 15 Teochew kuehs you should know if you are a Teochew. Teochew Gu Gue is a delightful cake served as an offering during ancestor worships and rituals. Molded in the shape of a turtle that symbolizes longevity, power and tenacity, the skin is usually made of glutinous rice cake skin using traditional paste fillings of green, yellow bean and peanuts. White-skinned Gu Gue are traditionally offered to the deceased. Today Gu Gue comes in assorted colors and fillings. With its peach-like shape, Bung Gue (rice cake also known as Red Peach cake) is a distinctive and popular Teochew cake. The skin is made of white and red rice and often filled with fragrant fried glutinous rice, peanuts, Chinese mushroom, bean paste etc. The peach is a symbol of good fortune and immortality and is used by Teochews for worshipping ancestors and for daily consumption. Ci Kag Gue is a Teochew snack used for ancestor worship during the Qing Ming Festival (Tomb-Sweeping Day) and Dong Zhi Festival (Winter Solstice Festival). Wild Shu Qu grass (Ci Kag Grass) found at the ridges of the field is boiled and mixed with lard oil and glutinous rice to make the skin of the cake. Flavors are either sweet or salty with fillings like bean, yam and glutinous rice. Shu Qu grass is also used as a herb to promote good appetite and spleen health. Teochew Gan Gue also commonly known as Huag Gue uses fermented rice to make the cakes which has no fillings and is mixed with white sugar for light sweetness. It is used for important gods and ancestral worshipping events with the face of the cake stamped with auspicious Chinese characters such as “Fu” (Happiness) or “Ji Xiang” (Good Fortune) or words like “Thanks to Divine Guidance”, “Peace & Safety for the Family” etc. These mini Huag Gue is produced by fermented rice with no fillings and added with sugar for a sweet flavor. Upon steaming, the top of the cakes opens up, blossoming like a flower, which is auspicious for Teochews (and Chinese) with the Teochew word “Huat” representing ”Fortune & Prosperity”. Glutinous rice and sugar make up the Teochew Diam Gue, meaning sweet cake. Brown sugar is used hence giving the cake a golden brown. Used both for worshipping their ancestors and significantly carried by the Teochews in the old days as “dry food” when they have to leave their homes in China for Nanyang (Southeast Asia) to find livelihood. Sung Gue fillings are mainly made of bamboo shoots cut into thin strips, blending minced pork, mushrooms, shrimp etc. The skin is made using rice milk and rice powder and the cooking method for this cake can be either steamed or pan-fried. It is a common Teochew snack. Similar as the Sung Gue except its fillings are mainly made of finely chopped leek and blended with minced pork, shrimp etc. Gu Cai Gue skin is made using flour or rice powder and the cooking method for this cake can be either steamed or pan-fried. It has an aroma flavor of the leek and is also a common Teochew snack. With the insides containing either green or red bean paste, the Teochew Dao Sa Bian is made together by mixing oil, syrup sweetener like sweet sauce and then baked. It is either sweet or salty in fillings. It is used as an offering for ritual and ancestors worship as well as a well-liked daily snack. The name Teochew Happiness cake comes literally from the Chinese word “Xi”, meaning happiness, which is stamped on the face of the cake. A sweet-tasting cake filled with red bean and green bean, this cake-making method is similar to the Teochew mooncake. As a traditional food used in Teochew marriage, the wedding couple will distribute these Hi Bian to guests as gifts during the wedding day as a mark of spreading their happiness and joy to all. “La Bian” – “La” in Teochew means lard as this cake uses lard mixed with flour, sugar and filled with sweetened bean paste. Usually eaten during the Mid-Autumn Festival and is referred by the Teochews as their “Mid-Autumn Festival mooncake”, the sizes varies from a really large round cake to small, manageable sizes. It is also offered during ancestral worship, a folk snack and a daily snack. Apart from the Teochew mooncake, the Neng Go (“soft cake”) is also consumed during the Mid-Autumn Festival. The glutinous rice is mixed with water hence producing the chewy soft texture. White sugar gives its sweet taste and it is generally mixed with black and white sesame seeds, chopped peanuts, red bean paste, taro or winter melon preserves. It can be an everyday snack as it has a delightfully sweet and refreshing taste. Made up of green bean paste or green bean powder, Lag Dao Go (“Green Bean cake”) is generally mixed with sugar and occasionally with some sesame seeds. The green bean gives the cake its light to bright green color, bearing auspicious Chinese character such as “Fu” (Prosperity/Fortune) or “Shou” (Longevity) together with decorative motifs. It is served during the Mid-Autumn Festival, Dragon Boat Festival Ancestral Worship or simply eaten as a healthy cake as green bean repels heat and has a detoxifying effect. Siu To Bao is shaped like a peach to represent longevity and fortune, filled with either bean or lotus paste and is steamed beautifully. Often used to worship ancestors and due to its auspicious appearance and meaning, it is very popular to serve it during birthday occasions or to be consumed as a daily snack. Peanut candy in China is a common snack. However, the Teochew peanut candy, Dao Diao is characterized by using lard, peanut, sugar and maltose, all mixed well together and heated until they have thickened and solidified. Once the candy has been cooled, they are cut into smaller pieces. It has a rich peanut aroma coated with malted sugar and used during ancestral & god worship and can also be consumed as a daily snack. What’s more is that you can play the “Heng Heng” mobile game app and win attractive prizes worth over $8,000! Prizes include Teochew Festival 2016 entry tickets & vouchers (worth $100 each) and Lenovo Tab3 7 Essential Tablets (worth $149 each) given out to the Top 10 highest scoring players weekly from 25 October 2016 till 5 December 2016. So far, two weeks of prizes have already been given out. The “Heng Heng” mobile game app was developed by Teochew Festival 2016 happening later this year in December at Marina Bay Sands Expo and Convention Centre, tickets are now available and on sale at the following places: 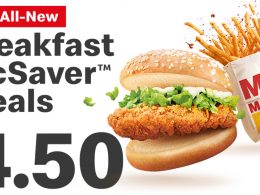 Internationally-acclaimed Taiwanese restaurant, Din Tai Fung, ushers in the Lunar New Year with perennial festive favourites, such as…
byDanielle Ann
Power up your child's learning with Geniebook.
Sign up for free demo
This is default text for notification bar
Learn more