A Malaysian bodybuilder based in Singapore, Lai Wee Kiat, shared how leaked nude photos of him and his ex-girlfriend ruined his life.

Lai is an award-winning bodybuilder, having won 2nd place in the welterweight category of Mr Kuala Lumpur 2012; and also crowned the overall champion for Mr Kuala Lumpur 2013. He is also a marketer and popular fitness influencer with a strong following on Instagram.

He was hoping to ignore everything and let the whole saga fade into obscurity with time. The photos were leaked in 2011. Five years had passed, but Lai is still haunted by the saga and claimed to be a victim of cyberbullying.

Warning: Long rant coming up. I kept this in for years, but an incident just pushed me over the edge and I have to say it.

A few years ago, I became a victim of an incident that still affects me even until today. The worst part is, many people felt that I’m the one at fault instead of being the victim.

I’ve been cyber-bullied, degraded, insulted, hated, taunted and gossiped about harshly by people who didn’t really know what happened but chose to believe the worst and dirtiest possible version of the story. It has cost me a lot, in monetary and social terms. And it did push me to my lowest points in life.

Even up to today, I have friends who tell me that their friends will mention to them about this incident when they talk about me, just for random reasons.

I think most of you know what I’m talking about, but you just don’t want to mention it to me, maybe out of politeness. Yup, I’m talking about my private photos being spread all over the Internet.

At first, I didn’t defend myself because the accusation written about me that I was the one who leaked the photos with me and my ex in them was by an anonymous writer and had zero credibility. Plus, why would I leak such photos when I was already in social media marketing, right? So I thought no one will believe him. But wow, turns out people are more gullible to believing bullshit than expected!

If you have to know, those photos were leaked because a ModelMayhem (modeling community) account with no real identity messaged my then girlfriend that he wants to do a RM5000 erotic shoot with her. But first, he wants to see her previous works. So she naively sent him our photos. That was in 2011. Back then, she lied to me that she didn’t send any photos with me in it to anyone. I only found out that she actually did in 2013 when a friend informed me that he saw those photos on a Tumblr. Yup, I was pissed and I did scold her for it, but I forgave her quickly.

Another thing that hurt me a lot was that people actually thought that I would do such heartless action towards my girlfriend. Just so you know, I loved her back then and I still love her now. Just that the long distance was not practical for both of us. She was truly a gem; fun-loving, humble and beautiful person, but the cruel world just had to shame her for her naivety. Such is our society.

As pissed as I am with my ex, the conman who fooled her and the anonymous writer who wrote untrue accusations about me, I’m even more pissed by the public’s reaction to the incident, by A LOT.

There are people who defined me by it, when it was done towards me without my consent or desire. Someone who is totally unknown posted online what is supposed to be private to me and my ex. How is that my fault? Why am I demonized when I’m the victim? Why are people so supportive towards cyber bullying?

And there are people who say some illogical shit to my female friends, who in turn told me about it. For example, “be careful of this guy. His private photos were leaked online”. Why is there a reason to “be careful” of me? Did those photos show that I was raping or abusing someone? Not at all. It was my ex and I having consensual fun. The only warning people should be giving my female friends is “be careful of this guy. He has a huge anaconda. It might hurt when he goes deep”.

To conclude, I don’t blame some of you for thinking the worst about me. You didn’t know what actually happened. But I hope you understand now, I’m the victim of this. And I want to speak out for other victims too who are in the same situation. Will you encourage a crime? Well, this IS a crime. Someone stole something private from us and exposed it to world. And they are getting away with it, thanks to the anonymity of the Internet. So why are you encouraging it? Why are you bullying the victims and supporting the criminal? I personally know several girls who are in the same situation (for some reason, I’m like the only guy in it). And I’ve seen many insults hurled towards them, mostly by cowardly anonymous characters who wants to degrade people as much as possible. Why is HATING so deeply embedded in our modern culture? So let’s just stop this shit. Hating and slut shaming has to go!

If you’ve read this far, wow, you have good attention span. Thanks.

Can you sympathise with him or his girlfriend?

Regardless if it was him or his girlfriend who had caused the leakage of their nude, intimate photos, they were both victims of the people who shared their private photos into the public domain. 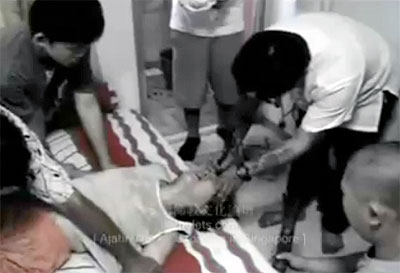 This is quite creepy, try not to watch it at night: [youtube url=”http://www.youtube.com/v/ny_6ZezqmJY&hl=en&fs=1″] Such stuff still freaks me out,…
byalvinology 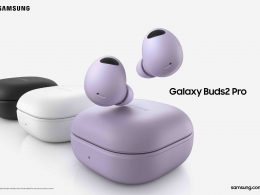 Do you know about Creative 24? Creative 24 is described as “an exciting, non-stop 24-hour festival that allows…
byalvinology
Power up your child's learning with Geniebook.
Sign up for free demo
This is default text for notification bar
Learn more