Recently, the Singapore Tourism Board engaged a popular indie Filipino band, Up Dharma Down to travel to Singapore to search for inspiration for their latest single, “All the Good Things”. The result is this spiffy music video featuring Singapore’s cityscape:

The song has attracted much hype online, both in the Philippines and in Singapore.

Beyond the song and the music video, how well does Up Dharma Down knows Singapore?

The band was in Singapore for a concert on Sunday, 30 August. We got a chance to show lead vocalist Armi Millare and guitarist Carlos Tanada a video clip of one of Singapore’s most famous “Filipino actresses” to catch their reactions:

Celebrity Maid Leticia Bongnino is played by award-winning actress Michelle Chong on popular Singapore-produced comedy-satire show, The Noose. The show is a parody of news programs in Singapore and Leticia is one of the most popular characters.

The video we showed the band features Leticia and her Bangladeshi boyfriend complaining about having to work on their off days:

Armi and Carlos gave Michelle Chong some tips on how to play a more convincing Leticia, and shared what it is like for domestic helpers to work in the Philippines.

In the video, both Armi and Carlos figured out that Michelle Chong was trying to copy the Filipino accent, and they were very impressed.

“At first I thought she’s one of our Filipina celebrities, but on a closer look I realised it’s not,” said Carlos, and Armi said Leticia’s accent was very close, “maybe 75 to 80 per cent,” she said.

Carlos’s tip for Leticia was for her to pause more in mid-sentence, and say “ahh”, and Armi’s tip was for Leticia to scratch her head more often.

They thought the video was funny, although it might be stereotyping what Filipinos do for a living.

“We have a lot of Filipinos working in different industries,” said Armi.

In the Philippines, Armi shared, most people are particular about calling helpers “maids”. Both of them had helpers growing up, and they called them by their first names, or endearing terms like “Yaya”, meaning “nanny” in English. Carlos shared that though his helper didn’t have a Bangladeshi boyfriend, she did end up dating his family’s driver.

Amri added that in the Philippines, everyone mimics accents just for the fun of it.

“We hope they make more of this (video),” both of them said. 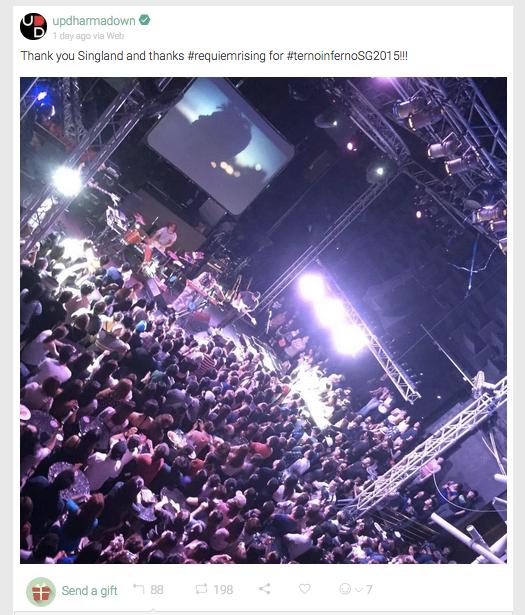 Both appeared pleasantly receptive of Leticia and were very polite in their replies. This must be why the Singapore Tourism Board chose to work with them – professional and open-minded.

What do you think of Up Dharma Down‘s response to Leticia Bongnino?

What if the band was to make a music video together with Leticia? Do you think it will be a good idea? 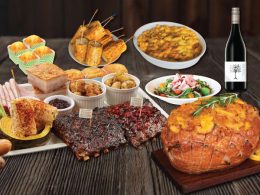 THE VERY BEST OF TOKYO – RECOMMENDATIONS FOR TRAVELLERS  (Part 1/3) GENERAL INFORMATION   Tokyo travellers! How daunting is the…
byAlexander Craker