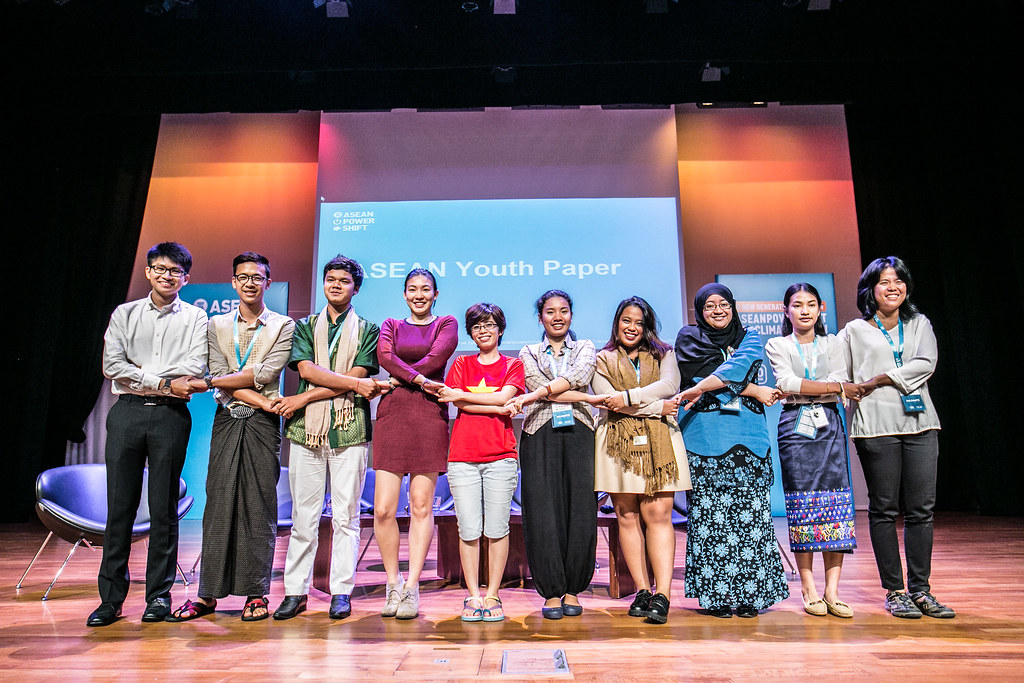 The ASEAN Power Shift 2015 (APS15) was a three-day conference held in Singapore from 24 to 26 July 2015. More details about the event are available via the official website.

During the UN Climate Negotiations in Lima, Peru in 2014, it came to the attention of the Singapore Youth Delegation that youth in Asia, especially those that are from the ASEAN member countries, have a weak presence in these negotiations. This was an obvious observation given the lack of participation of NGOs from the region.

That was how the ASEAN Power Shift event was birthed – out of a need to foster youth volunteerism for a stronger ASEAN voice.

Someone needed to step up and lead the region and the youths in Singapore did precisely that.

About 200 youth environmental advocates from Southeast Asia converged at the inaugural ASEAN Power Shift, amongst them 67 delegates in representation of all 10 ASEAN countries came together to formulate an ASEAN youth position for the United Nations Climate Change Conference (COP21) to be held in Paris later this year.

The event was organised and spearheaded by Team Young NTUC 350 Singapore – one of Young NTUC’s affinity groups and the Singapore chapter to the global 350.org movement.

Yes, NTUC, beyond being just a trade union, is invested in promoting youth volunteerism too.

Going beyond the realm of work, Young NTUC’s holistic approach to develop our youth has resulted in young activists rising up to the occasion to realise their aspirations and influence other youths to do the same.

“Young NTUC believes that it is important for our youth to pursue their passions and fulfil their aspirations in order for them to grow as individuals. We therefore actively support them in doing so, in our efforts to empower our youth to make a difference in society and take the lead in shaping Singapore’s future.

The inaugural ASEAN Power Shift is just one showcase of our youth activists’ efforts, and we are very heartened that they have taken the lead to further a cause they believe in.” Shared Desmond Choo, Executive Secretary of Young NTUC. 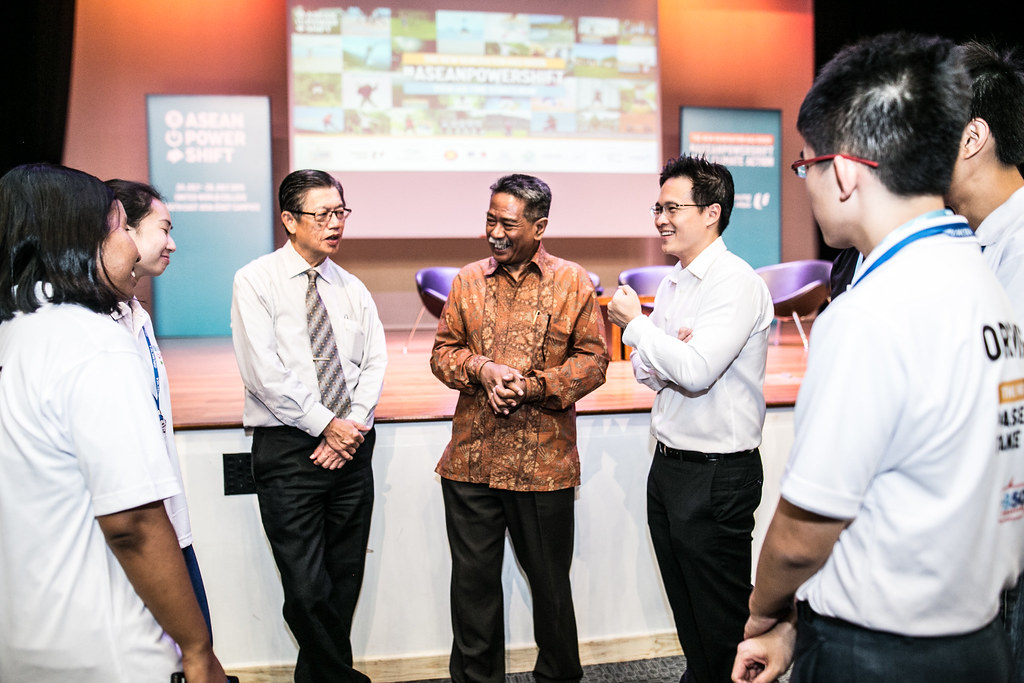 He added that the ASEAN Power Shift exemplifies what the youth wing of the Labour Movement seeks to achieve.

The group aims to raise awareness on the need to lower the carbon level for a greener future. 350 is widely believed by many scientists to be the safe upper limit of carbon dioxide in the atmosphere. Measured in parts per million (ppm), the measurement today reads 400ppm. There is an urgent need for us to bring the level back down.

The team members from 350 Singapore are environmentalists with lofty ambitions. The issues they are discussing and addressing are not the kind that can be solved within a week or even a year or by a single government. Instead, they require global actions and global resolves.

Through the ASEAN Power Shift event, participating youth from the various ASEAN countries got to learn life-long skills from environmental workshops, interact with guest speakers and other like-minded youth, as well as exchange experiences and skills. These all contributed towards nurturing a unified regional youth network and voice for the ASEAN region on the global stage. 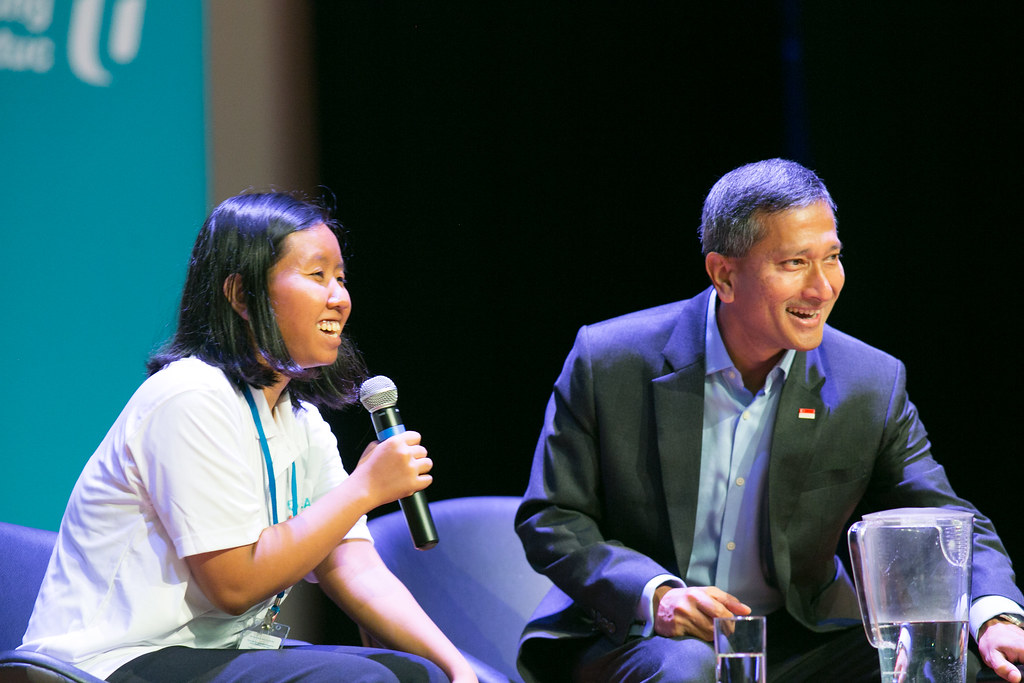 If you are interested to contribute on saving the environment FOR REAL (as cliché as it may sounds), consider joining 350 Singapore or the Young NTUC.

Be the change you want to see in the world.

Why did Young NTUC get involved in something so lofty like 350 Singapore?

Nor Lastrina Binte Hamid, Lead Activist of Team Young NTUC 350 Singapore and Chairperson of ASEAN Power Shift Organising Committee shared: “I am glad to see the organising team’s hard work for the past few months come to fruition, and am grateful to Young NTUC for understanding the passions of us youths and empowering us to fulfil them. Through the three- day conference, I am glad that many participants and delegates have been able to gather good learning materials that can help to catalyse ground up activities in their own nations which some have already indicated interest to do so.”

At the upcoming COP21 later this year in Paris, perhaps we will get to see the fruits of this initiative.

We need to let the world know that ASEAN matters on the global stage and to do that, it all starts from youth volunteerism at the local level, then interaction and collaboration at the regional level.

ASEAN matters, ASEAN youth matters too. And Singapore and our youths can play a part to make ASEAN matters.

“I am very happy to see youths from Singapore taking the lead to organise such a platform for all ASEAN nations. I hope cooperation between ASEAN youths on climate action will continue beyond this inaugural event.” Said ASEAN Deputy Secretary-General, H.E. Dr. AKP Mochtan.

Christmas Countdown Checklists at Gardens By The Bay 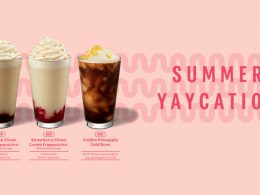 With summer in full swing, cool yourself off with a creamy and tarty beverage! Starbucks invites you to…
byIrone Kim

TPG Telecom is launching its first commercial mobile plan for the Singapore market. The TPG “50GB for $10”…
byIrone Kim