A tale of two cities: the twin-city break 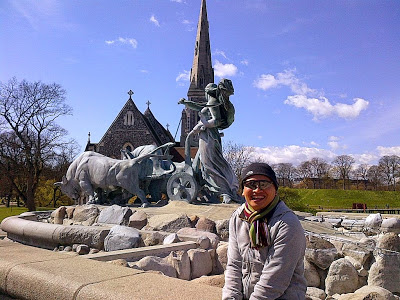 Hello everyone. I am very fond of taking a city break long weekend. Now what can be better than a city break? How about two city breaks within just one trip? I have recently visited Copenhagen in Denmark and Malmö in Sweden: the two cities are separated by the Øresund straits but it takes just 35 minutes by train to get from one city to another. This was certainly an ideal twin-city break, where you simply book a return flight to one of the cities and then explore both cities during a long weekend. With that in mind, I have created a list of twin-city breaks for you and the criteria is as follows:

1. Both cities have got to be distinct entities, so for example, Paris and Versailles would not qualify for this list because whilst Versailles is very interesting to visit, it is essentially still a Western suburb of Paris.

2. You must be able to get from one city to another by public transport without having to fly: so either by bus, train, taxi, tram or ferry within just one hour – 60 minutes and not a minute more.

3. Both cities should be ‘cities’ rather than ‘towns’ – so we are talking about cities of a population of at least 100,000 and with a distinct urban center. There are plenty of smaller border towns around the world, but I shall be focusing on those which are definitely worth visiting.

4. Hence only cities that are fairly interesting and attractive to tourist will be included in this list.

These two cities are barely 35 minutes apart by train and here’s a case study to show you how acesssible the two cities are. In 2013, the Eurovision Song Contest was held in Malmö and since Malmö isn’t a big city, the hotel rooms filled up very quickly and most visitors who did not book a room early enough ended up staying in Copenhagen. Then in 2014, when Eurovision was held in Copenhagen, the same thing happened and many people actually stayed in Malmö instead. You can look up the train schedules and ticket prices here: but be warned, Denmark and Sweden are quite expensive countries to visit and don’t expect it to be cheap. If you wish to save money, you can travel by bus – the journey takes a bit longer but is about half the price of a train ticket and the view from the ubs as you cross the bridge can be pretty good!

This is another amazing twin city break: two beautiful capital cities only about 60 minutes apart by train (make sure you get the non-stop express train, not the one that makes stops between each city). Before 1989, this journey would have been impossible as Vienna would have been in the West and Bratislava behind the iron curtain in Czechoslovakia. But today, your train would breeze from one city to another without stopping at the border – as both countries are now in the European Union but I do recommend that you look out for the old check point on the border. Vienna is much bigger and more interesting that Bratislava, so I would recommend staying in Vienna and treating Bratislava as a day-trip (you can do it justice in about 5 to 6 hours) but then again, Bratislava is a lot cheaper in terms of accommodation, so you may wish to stay in Bratislava and take the train over to Vienna everyday.

If you do find yourself in the North of England, then you must visit both Manchester and Liverpool. I actually know Manchester pretty well and I am also very fond of Liverpool – both cities have plenty to offer tourists. The two cities are just 33 minutes apart by train and about 50 to 60 minutes by bus depending on traffic. If you get the train, make sure you get the direct train, not the one that makes several stops between the two cities. Despite being so close to each other, both cities have a distinct identity and character and have a rivalry closely associated with their respective football clubs. Even the accents are very different in each city: I am quite fond of the Mancunian accent whilst I find the Liverpudlian accent unintelligible at the best of times! Check out my vlog piece shot during my recent trip to Manchester this spring.

4. Köln and Bonn or Düsseldorf (Germany)

I worked in Köln last December and it is a charming enough city to make an interesting city break – but from Köln, you can easily get out to the former West German capital Bonn in just 19 minutes (get the fastest express train) or about 45 minutes if you choose to use the tram or bus. You can also get to Düsseldorf by train in just 23 minutes, German trains are incredibly efficient and fast and you can even get to Aachen by train in just 36 minutes and Koblenz in 53 minutes. Köln (or Cologne, as it is known as in English) is the biggest and most interesting of these German cities, so I would recommend that you use Köln as a base for your German trip and then make a few day trips out to these other smaller cities. Check out my vlog piece on Köln below to get a taste of its Northern German charm.

Many tourists never make it out of Beijing – well not beyond the Great Wall, given how much there is to see and do in the capital of China, but did you know that the city of Tianjin is just 33 minutes from Beijing south train station? China has an incredibly modern and efficient high speed rail network and the best part of it is that it is very cheap compared to say Germany or Japan: this ticket will cost you just 54.5 RMB each way – that is just £5.67 or S$11.72, which is a bargain when you consider that this is a 117 km journey. Unlike these other city breaks which involve a day trip to a smaller town, Tianjin is actually is huge city of 11.5 million people – a Tianjin and Beijing twin city break will have enough to amuse you for over a week.

If you ever find yourself in Osaka, Japan’s second largest city, you will be spoilt for choice in terms of day trips out of Osaka to another city. There is Kobe which is just 47 minutes away, the former imperial capital of Kyoto is between 15 to 40 minutes away (depending on which train you get) and then there is beautiful Nara, the ancient capital of Japan which is just 35 to 45 minutes away from downtown Osaka (again, depending on which train you get). Heck, you can even get as far as Nagoya in just 55 minutes from downtown Osaka with these legendary Japanese bullet trains! If neither time nor money is a factor for you, then you can easily turn this into a four city break doing Osaka, Kobe, Kyoto and Nara in about a week (or two!)  and you’ll have so much to see and do, not to mention sample the delicious local cuisine!

I worked in Belgium in 2013 and got to know that country really well. The capital city Brussels is the largest city in Belgium and that is where most tourists visit, but you can easily get from Burssels to Ghent by train in just 30 minutes or you can get to Antwerp in just 26 minutes. Even the charming city of Bruges is just 57 minutes away or you can try Liege in just 43 minutes. Belgium is a small enough country with an extremely efficient rail network, so if you have say a week to spend, I recommend getting a carnet of 10 tickets (76 euros if you are over 26, 51 euros if you are under 26) which gives you 10 journeys within Belgium on second class and yes, more than one person can share the tickets: so 5 people can make a return journey, or 2 people can make 5 return journeys – that’s a great bargain.

Another country I am very fond of is the Netherlands and the Dutch train network is incredibly efficient too. The capital city of Amsterdam is the largest city in the country but you can easily visit Rotterdam which is just 37 minutes away by train, Utrecht in just 27 minutes or Den Haag (anglicized as ‘The Hague’) in just 50 minutes. Once you are in Den Haag, don’t forget to check out the gorgeous sandy beaches at Scheveningen (a suburb of Den Haag). Many tourists don’t make it out of Amsterdam which is a shame, as there is so much more to the Netherlands than Amsterdam and the Dutch countryside can be gorgeous in spring.

Ah yes, this is one of the most famous twin-city breaks: you can easily get from Hong Kong to Macau on the hydrofoil and the journey takes about 55 minutes (depending on weather conditions). And if you get bored of Macau, you can even check out Zhuhai on the Chinese side of the border which is a short bus ride away. But be warned, you could queue for quite a while at the Macau-China border crossing. You can also get from Hong Kong to Shenzen on the Hong Kong MTR system which is integrated with the Shenzhen metro system: get the MTR to Lo Wu station which is the border crossing with Shenzhen. Depending on where you get the MTR from, in Hong Kong, the journey to Lo Wu should take under an hour.  Depending on your luck, it can take anything from 10-20 minutes to over an hour to get over the border with China.

San Diego is just north of the US-Mexican border in California and the southern suburbs of San Diego are right up against the Mexican border. Tijuana is the border town just on the other side of this border and many tourists often take a day trip to Tijuana, just to be able to say that they have been to Mexico and experience a bit of Mexican culture. Many Americans and tourists alike take the day trip to Tijuana for shopping, dining and partying away – taking advantage of the favourable exchange rate. Do take care whilst in Tijuana as it is not as safe as in San Diego. However, be warned that whilst it may be easy to make the crossing from America to Mexico, you would usually have to queue for over an hour to get back into America as there are extremely stringent border checks on the American side.

And finally, there is one that I just couldn’t leave out of this list!

You can easily get a bus from various locations in Singapore towards Johor Bahru (JB) – prices vary but the cheapest tickets are from about S$2 (one way) and the journey time would vary, depending on traffic conditions but you should be able to get there within an hour as the border crossing is fairly efficient. Just like Tijuana, there are plenty of Singaporeans who flock to JB to take advantage of the favourable exchange rate: shopping, dining and partying the night away. Equally accessible is the nearby Indonesian island of Batam which is just 45 minutes on the fast ferries (departing from Harbour Front ferry terminal) and if you book in advance, there are some really good bargains for cheap tickets to be found online. Whilst the main town of Nagoya really isn’t that interesting if I may be blunt, you can shop till you drop at some of the mega malls there like Nagoya Hill and take advantage of the favourable exchange rate.

So there you go, those are my twin-city breaks list. This list is non-exhaustive, but I merely picked the ones that I liked and am more familiar with. If you have any other destinations to recommend, I would be most interested to know – please leave a comment below. Many thanks for reading! 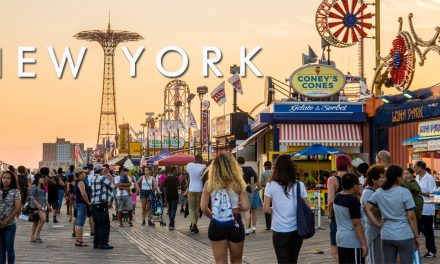