It was the end of a busy period for me, and I decided that I needed a break.

So I decided to scour the websites for the best airfare deals.

Of course I had a list of destinations in mind, but I was hoping that the airfares to Yanji – a Chinese town bordering North Korea – would be reasonable.

So I applied for leave and booked the air tickets just three days before I was due to arrive in Yanji.

Could I have gotten a better airfare deal?

Definitely, especially if I had planned the trip well in advance and booked the air tickets earlier.

But given the circumstances, I think I got a reasonable deal.

However, there wasn’t much information about the town in guidebooks or online.

If you check wikitravel for instance, all that’s listed about the town under the “See” section is Longtou Mountain.

There was more information in Lonely Planet, but not much more.

So I decided to wing it.

Before arriving in the city, I only booked one night’s accommodation as I wasn’t sure if I was going to remain in the city throughout my trip.

And I only had a skeletal itinerary in my head.

But it turned out to be a very interesting trip.

Yanji, however, wasn’t the highlight of my trip.

In fact, it looks rather drab from the air, and as the plane was touching down, I was thinking about all the fabulous vacations I could be having in other places.

And it wasn’t much better at street level, though the town is rather more prosperous-looking than I imagined it to be.

Also, having arrived in winter, the sun sets before 4pm so sightseeing hours are limited.

But it was better after I got my bearings.

Being located so near to North Korea, the Korean influence is very strong, so there are fabulous Korean meals to be had.

The highlight for me, however, was the town’s physical proximity to North Korea.

Tumen, a town which sits on the Chinese-North Korean border, is just an hour away by car, and I made my way there the next day.

As towns go, Tumen can only be described as nondescript.

It merely consists of a cluster of drab concrete apartment blocks.

But if you think it’s bad, just head to the riverside where you can stare across the river at the North Korean town of Namyang.

There were a couple of unpainted apartment blocks alongside single-storey buildings, but locals say the taller buildings are uninhabited because they are not heated.

And indeed, I saw missing window panes in some of these taller buildings and the temperature was minus 20 degree Celsius!

And while locals and tourists were strolling along the riverfront on the Chinese side, and gawking at North Korea just 100 metres away, there was hardly anyone to be seen on the North Korean side.

While this probably isn’t many people’s idea of a relaxing vacation, I did find it a nice break away from work.

And because it was so spontaneous, it was rather exciting.

Another spur-of-the moment trip I made was to Heihe, on the Chinese-Russian border (what can I say? I love border towns).

My friend and I were in Harbin, and I thought, “Hey, the Russian border’s just an overnight train away, why not go there?”

And more so than in Yanji, we went in blindly.

There was hardly any information online about Heihe and we didn’t know what we could see or do there.

But it turned out to be fun.

We got a glimpse at the Russian city of Blagoveshchensk across the Amur River or Heilongjiang, and we even visited an Oroqen village – the Oroqen being one of the ancient ethnic groups in North China.

So while I think it’s nice to plan your holidays, there’s something to be said for travelling on the spur of the moment.

For one, a last minute vacation helps to soothe your wanderlust.

Also, isn’t it rather thrilling to be heading off into the unknown, unprepared and not really knowing what to expect?

And if you’re feeling stressed, a spur-of-the-moment vacation will help to ease your troubles.

But of course, it doesn’t always have to be to unknown destinations.

A trip to your favourite beach resort will work just as well.

Or would you rather plan for months? 236 episodes of FRIENDS are now on Netflix

As of January 1, all 236 episodes of the most-watched television show of all time, FRIENDS, are now…
byDanielle Ann 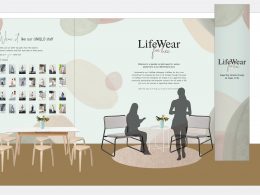 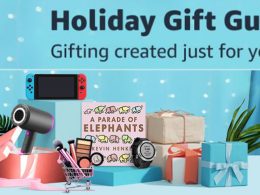 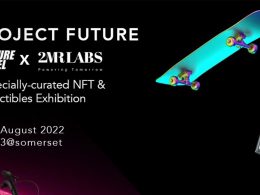