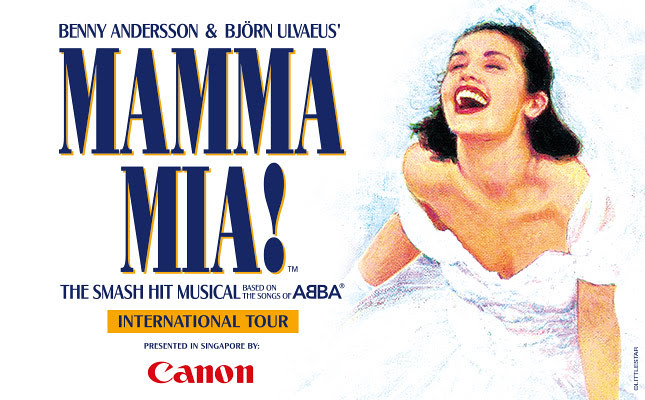 Who can forget the lyrics of this catchy ABBA song. Or this other song:

They are all featured in the MAMMA MIA! musical and I love every minute of the show from the beginning to the end, packed with one nostalgic tune after another. Not to mention, a very fun and engaging cast for this rendition.

Rachel and I attended the gala premiere in Singapore on Thursday night. This is the first time watching MAMA MIA! for both of us and we are not familiar with the storyline. Nonetheless, we were thoroughly entertained throughout the night and find ourselves humming to the songs.

Inspired by the story-telling magic of ABBA’s timeless hits, this enchanting tale of love, laughter and friendship tells the story of a daughter’s quest to discover the identity of her father on the eve of her wedding, bringing three men from her mother’s past back to the island they last visited 20 years ago.

Sounds complicated, but it is rather endearingly presented. Love it!

The worldwide smash hit musical has enthralled more than 65 million people around the world and finally returns to Singapore:

Be sure to stay till the end to catch the encores. You can’t get enough of ABBA’s songs: 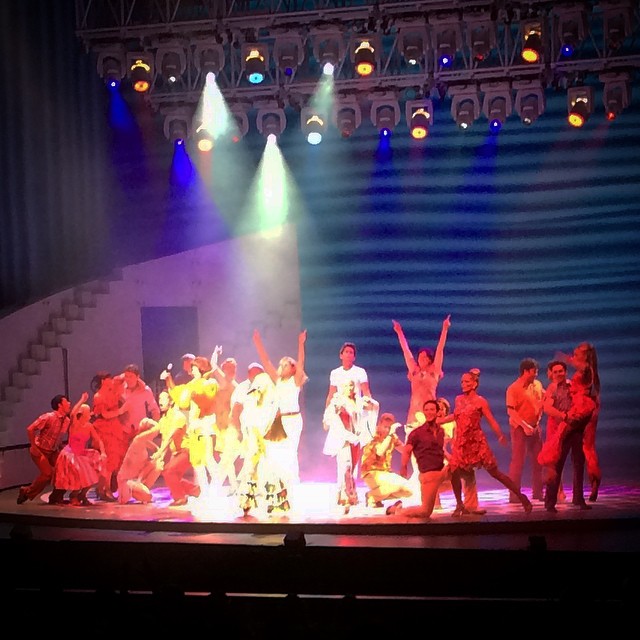 MAMMA MIA! is now showing at the MasterCard Theatre in Marina Bay Sands till 14 December 2014. Go catch it! Details on tickets reservations are available via the official website.

TICKET PRICE:
From $95 (Excludes the booking fee of SGD$3 per ticket)

The International Tour of MAMMA MIA! has been enthralling audiences around the world since its debut in 2004. From West End hit to global phenomenon, MAMMA MIA! has been seen by more than 54 million people in 39 productions in 14 different languages.  MAMMA MIA! is celebrating 15 years in London’s West End and is the 9th longest-running show on Broadway.  MAMMA MIA! The Movie, starring Meryl Streep and Pierce Brosnan, is the highest grossing live action musical film of all time.

The International Tour is produced by Judy Craymer, Richard East and BjörnUlvaeus for Littlestar in association with Universal, Stage Entertainment and NGM, is presented in Singapore by BASE Entertainment Asia, Lunchbox Theatrical Productions and David Atkins Enterprises. For many students out there, fighting to get into a desired school or course may seem like an…
byKaryn Cheong This article was written for Marketing Interactive and was first published on their website on 10 October 2014. …
byalvinology

Grab announces a collaboration with HEINEKEN, which will enable the world’s most international brewer to plug into Grab’s…
byIrone Kim