Spotted at Tekka Mall in Singapore:

Honest advertising from Apple on their latest iPhone 6 and how the phone can bend like cardboard.

The phone is said to be bending because of its aluminium shell. Its larger size compared with previous models is making it especially susceptible to bending, and some users have already bent theirs by simply putting their phones in their pockets and sitting down.

Naturally, parodies came out nearly as soon as the news itself. Here’s a mock poster of the iPhone 6′s “new” feature: 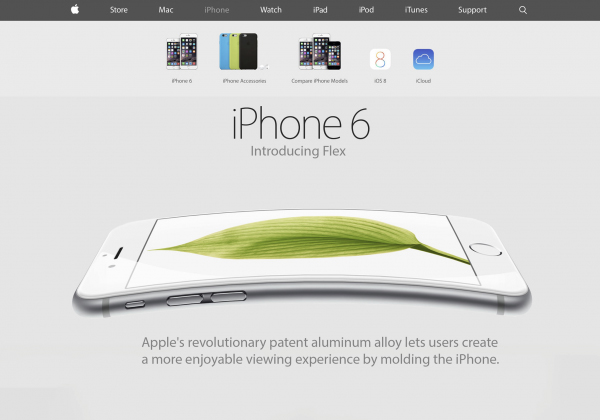 Strangely, Apple decided to run a real outdoor advertisement in Singapore touting this hidden feature of the iPhone 6. Cool isn’t it? After exiting Singapore for 14 long years, American fast food chain A&W has confirmed it will return to…
byChitra Kumar

Taken at around 7pm, Potong Pasir. The splash of colours made Rachel and I very happy. I quickly…
byalvinology

After the rats and maggots scare at MacDonald’s restaurants in Singapore, I went searching around on Youtube and…
byalvinology