Macau – The old meets the new

Dressed in revealing dresses and with their faces fully made up, the bevy of women strutted past us, seemingly oblivious to the stares they were attracting.

One by one, as the women reached the end of the short corridor, they turned around and walked back the way they had come from, as if sashaying on a catwalk.

“They are prostitutes,” whispered my newfound friend, Matias Samorim.

We were on the basement level of one of the older casinos in Macau, a city that is also known as the Monte Carlo of the East. 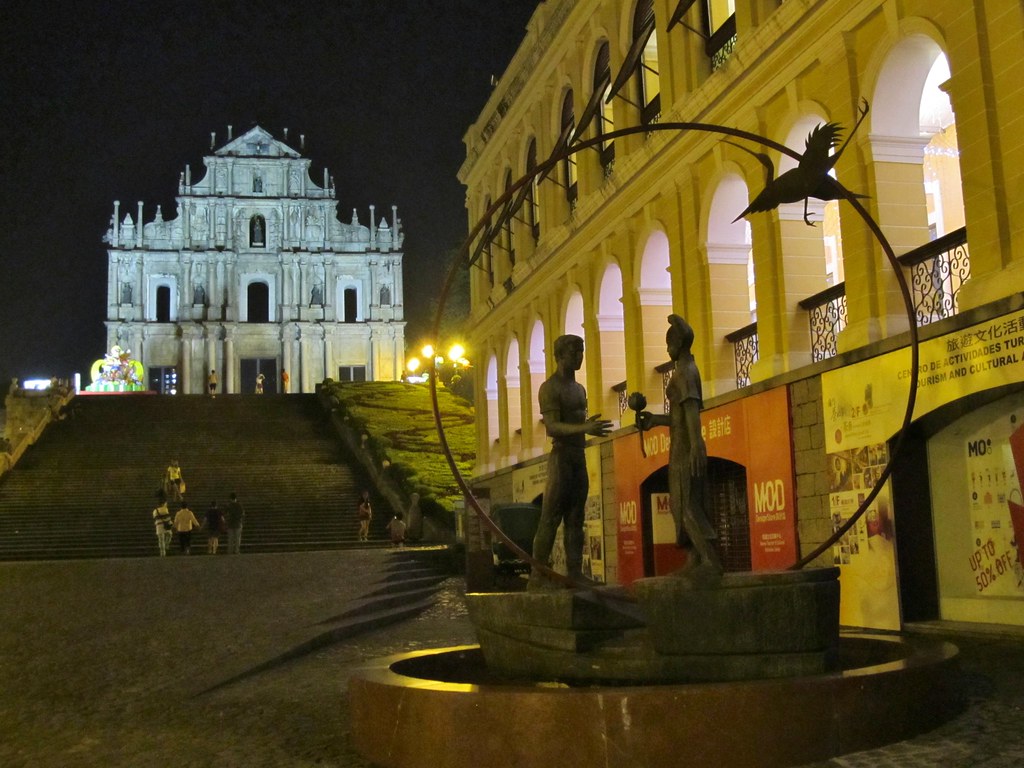 Matias, who works as a civil servant in Macau, continued, “They will walk here the whole night till they find a client, but they will not approach anyone as their pimps will do so for them.”

But almost in the same breath, Matias, 28, added that despite the prostitutes, Macau’s days as a cesspool of sin are almost over.

He said that while the city used to attract a host of unsavoury characters by virtue of its thriving gambling industry, these days Macau also has a family-friendly side.

And indeed, Macau has added slick, family-friendly activities to its arsenal of attractions.

Part of the change is due to the fact that American operators like Las Vegas Sands and Wynn Resorts have brought in western-style casinos and new entertainment options after Macau’s casino industry was liberalised in 2001.

Some favourites include the acclaimed “House of Dancing Water” with watery stunts and high-wire acrobatics, and concerts by artistes such as Beyonce.

I had been to Macau before so I wanted to check out what else the city had to offer besides its famous attractions, so upon Matias’ recommendation, I headed to the Lazurus district in the north east of Macau, which is named after a leprosy hospital that once stood there.

The area near the Tap Seac Square was the most interesting, with cobblestone streets and colonial-era buildings with their colourful Portuguese facades in shades of yellow, green or salmon.

In recent years, the area has also been rejuvenated into a hub of creativity and fashion

I happened to chance upon an exhibition on puppets at the Casa de Portugal along Tap Seac Square.

The event showcased more than 140 puppets from countries including China, Myanmar, Thailand and Portugal, and some of the puppets were really fascinating with some grotesque and some astonishingly lifelike.

But while the area is only a short stroll away from the famous ruins of the Church of St Paul, I hardly saw any tourists within the Lazurus district.

In fact, it felt like I had stumbled upon a closely-kept secret, which is a surprise as the area is quaint and charming.

About a 30-minute drive away, and located at the other end of Macau, is the village of Coloane.

Until the early 20th century, Coloane used to be a haven for pirates who sought shelter in its many coves, but today, it is said to be one of the last few places to experience the Macau of old.

The focal point of Coloane Village is a small cobblestone-paved square in front of the tiny baroque-styled pale yellow and white façade of the Chapel of St. Francis Xavier which looks out across the river to mainland China.

There is not a lot to see and do in Coloane Village which features some old Portuguese buildings.

But as it is probably the only place in Macau without a casino, the sleepy Coloane Village does offer an opportunity to take a breather, and imagine how Macau was like 100 years ago.

As the day gradually wound down, and the visitors retreated to their hotels or casinos, I finally made my way to Macau’s historic centre.

While it was a frenzy of activity the last time I visited the place in 2009, at 11pm this time round, the buzz had been replaced by a tranquil calm.

Making my way through the eye-catching black-and-white tiles depicting swirling waves, and the colonial buildings of the Largo do Senado (Senate Square), I finally arrived at the ruins of the Church of St Paul.

After a huge fire in 1835, all that remains of what once was Macau’s greatest church is its magnificent stone facade and grand staircase.

In the absence of other tourists, I took my time to admire the intricate carvings of the façade.

Wandering round to the back of the façade, the dazzling, neon-lit modern day skyline of Macau comes into view and stands in stark contrast to the stoicism of the façade.

But it is precisely this juxtaposition that makes Macau so alluring – where old-world charm meets the glitzy lights of Las Vegas.

Watch and learn. 🙂 Uploaded by someone called abdulaboleh. The traffic offence bribery is common knowledge to Singaporeans…
byalvinology 900 Pong Pong cakes up for grab at BreadTalk Were you able to catch the last annular solar eclipse today? Singaporeans trooped out of their homes, offices,…
byDanielle Ann