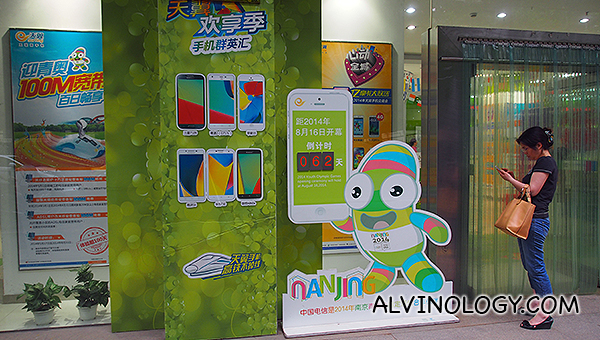 Recently, I took on a contract position to work with the Nanjing Youth Olympic Organising Committee, based in Nanjing, China. I’ll be working on the global English Web site for the 2014 Summer Youth Olympic Games, to be held August 16-28.

Prior to my arrival in Nanjing two weeks ago, I did a scan of the Web site and the social media assets for Nanjing 2014. This was how the Web site looked: 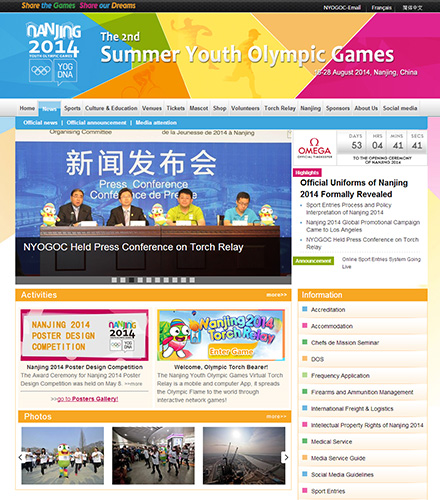 This is how the Web site looks currently: 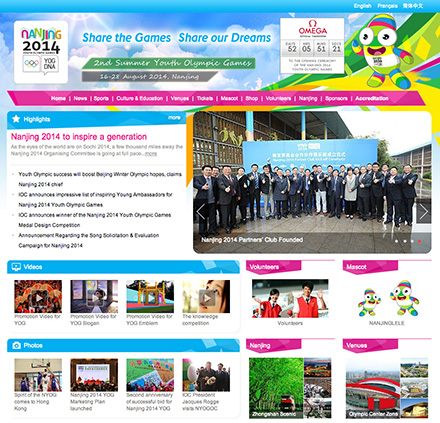 Are you able to dissect the differences?

Simply put, the Web layout got simpler and cleaner with each version.

This might not seem like much, but it is a major change for a Chinese Web site. Do a quick scan of some of the top Chinese sites, such as Sohu.com, Taobao.com, and Weibo.com. Then compare them to their equivalents in the English world: Google.com, Amazon.com, and Twitter.com.

There is no right or wrong here; it is just different reading habits and patterns to take into consideration when designing your Web site.

I remember encountering the same scenario when I was working at Singapore Press Holdings in the Chinese newspaper division. 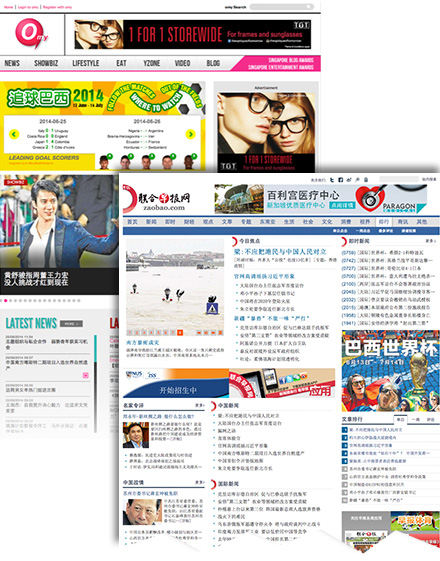 Being educated bilingually, I am able to read and write in both Chinese and English, straddling between both East and West, culturally and literally.

Small as these differences might seem, they are the hardest to change when seeking to engage with audiences from the other end of the spectrum, due to our own set of cultural values.

That’s why I am heartened to see the work presented by my Nanjing 2014 colleagues, just days before I join the team. In a small way, it signifies the willingness for Nanjing city and its residents to change, adapt, and ensure foreigners are most welcome as guests during the international youth event.

A lot of work and research must have been done to evolve the Web site into what it is now.

“The official Web site is not just a window for foreigners to know more about Nanjing, but it is also like a sampler for different users like the athletes, Games audiences, media, and the general public to get a taste of China,” said Gu Dongdong, head of the communication and public relations department and official Web site manager for the Nanjing Youth Olympic Games Organising Committee.

“Sometimes I feel like walking on a tightrope, trying to strike a balance, catering to the different needs and tastes of the diverse audiences. Nonetheless, that’s what also make my job interesting because this is international communication for a global Youth Olympic Games.”

I know the hype is now all on Brazil 2014 World Cup. But, after all the hard work from the Nanjing 2014 team to engage with the global audience, I hope the media attention around the world can shift to Nanjing 2014 soon afterward!

There’s an activity for everyone this school holidays, with the malls of Frasers Property, filled to the brim…
byIrone Kim Other than Wendy Lim (林婉丽), 41, the lady behind the alleged extra-marital affair with People’s Action Party (PAP)’s…
byalvinology