For the love of cats 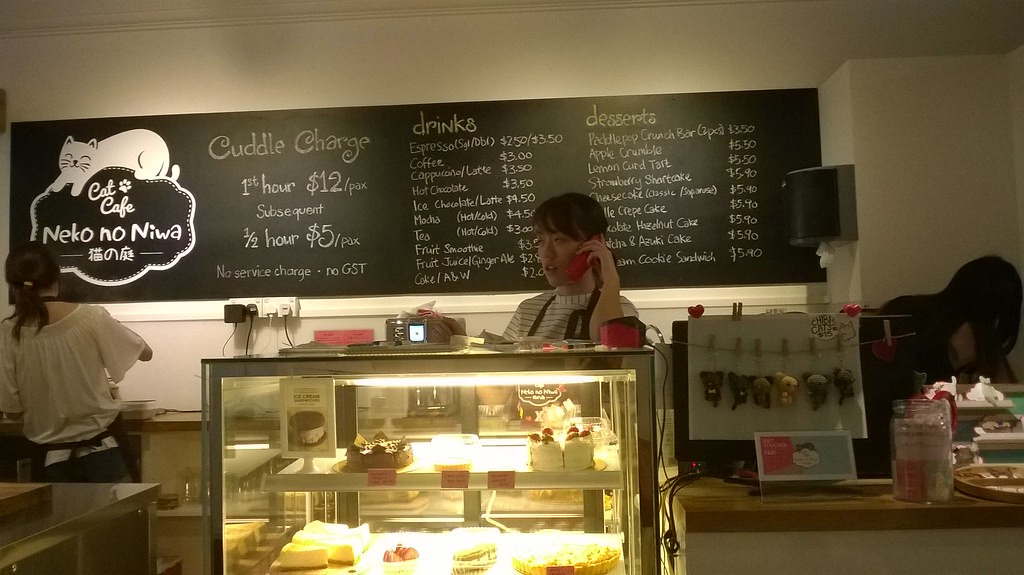 I have always spent a lot of time with dogs. Recently however, a number of cat lovers started popping up around me.  That made me start paying more attention to cats. Much has been said about the feline species. About how they are solitary in nature and not a species to be domesticated or controlled by a master. Phrases like ‘cat nap’ and ‘cat fight’ conjure up images in my mind.

So I set out to make my own observation of  these  nocturnal creatures in an urban environment at the Cat Cafe Neko No Niwa.  Located at 54 Boat Quay, it boasts to be the first cafe of its kind where one can bond and care for cats while enjoying their favourite desserts and drinks.

The cats resident in this cafe are adopted and not bought from breeders or pet shops.  There was ‘Little Miss Muffet’ (Maine Coon & Ragdoll cross) taking a nap and Kai Kai (Spotted ginger tabby) who could not leave Demi (American Shorthair cross) alone for a moment. 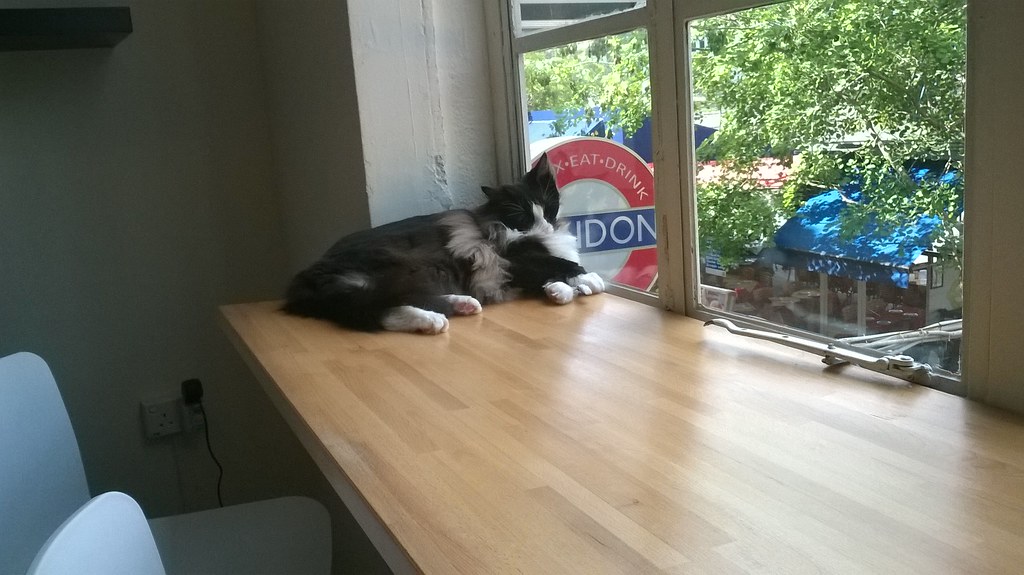 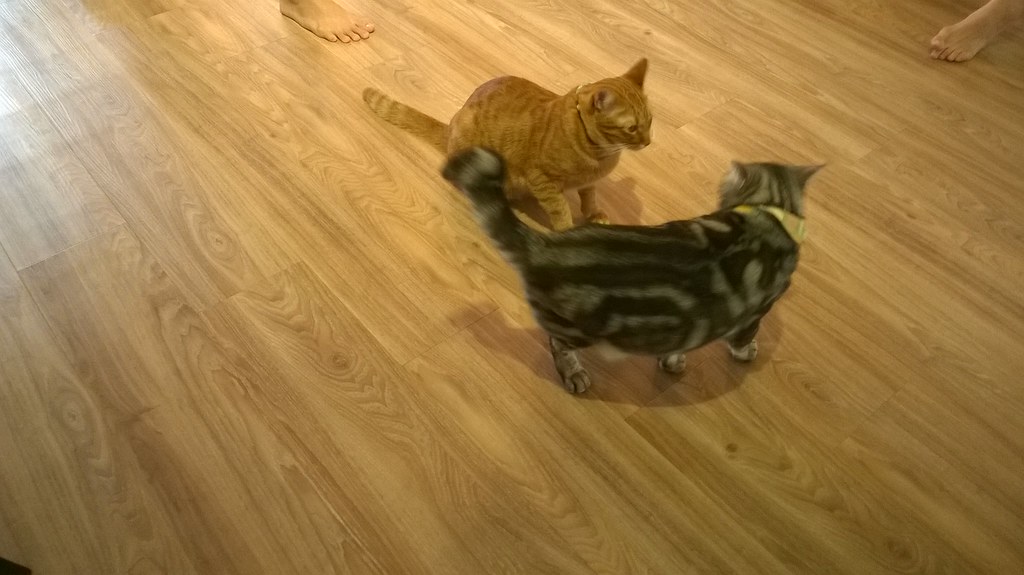 They were very fun to watch as they went about their business, resting in their cosy baskets, getting into playful tussles and climbing over the couch to dash across the room.

It soon occurred to me that cats like to be in charge. They seem to make the choice of  who they want to get close to and what they want to do.

They had boundaries. If they did not need your belly rub or want you brushing their hair, they simply got up and walked away.

Yet, they also had a way of  making us feel special that way.  When they chose to nestle close to us and play along with us, they showed much pleasure in being touched and cared for.

There was much to admire about them, as they cleverly sniffed out food such as popcorn hidden in a knapsack and played ‘hide-and-seek’ with balls of string. 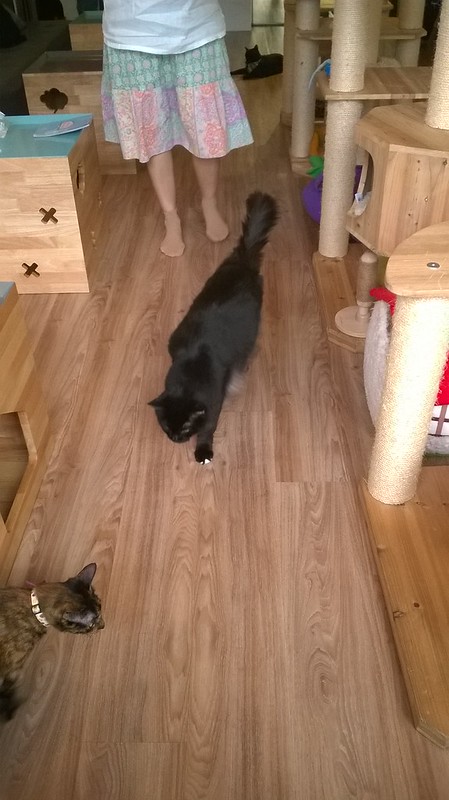 Happy to have learnt so much about them in a short period of time, I laid back with a cuppa and enjoyed the remaining moments with them.

Last weekend, I brought my son Asher to party at Clarke Quay with the folks from Nickelodeon at…
byalvinology

Rachel and I took Asher for a short, 4D3N trip to Bangkok and Krabi earlier in June, flying via…
byalvinology Netflix has changed the way the world engages with stories – viewers watch when, where and how they…
byStaff Writer