I was in KL recently to attend the official opening of Tune Hotel klia2, which is just a ten minute walk away from the newly opened KLIA2.

A month after the airport began commercial operations, how did it fare?

Well, except for some teething problems, not too bad indeed.

The airport, which authorities say is the world’s largest built specifically for budget airlines, is a refreshing change from the previous low-cost terminal, a bare-bones terminal resembling a bus station.

The smell of paint hits you first as you exit the sky bridge.

A lack of seats also saw some passengers sprawling around on the floor.

But it didn’t take long for us to clear customs and exit the terminal – less than 10 minutes in fact.

And just across from the mall is Tune Hotel klia2, a budget hotel with modern and air-conditioned rooms with free Wi-Fi – perfect for those with early morning flights. (stay tuned for my review on Tune Hotel klia2)

But of course, most of those passing through KLIA2 will end up in Kuala Lumpur city, and there are a myriad of options to get there.

Besides bus and taxi services (not just to KL but to other cities like Ipoh as well), there’s also the Express Rail Link KLIA Express train service that connects to and from Kuala Lumpur Sentral in about 30 minutes.

Once there, the shopping malls at Mid Valley or Bukit Bintang, the pubs and bistros at Bangsar and the sights and smell of Petaling Street are just a short cab ride away. 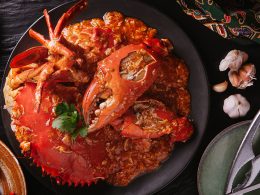 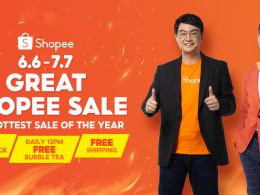 6.6 – 7.7 Great Shopee Sale – here’s every key highlight and promotions that you need to know before you start shopping!

The much anticipated 6.6 – 7.7 Great Shopee Sale is back bigger than ever with crazier deals up…
byIrone Kim