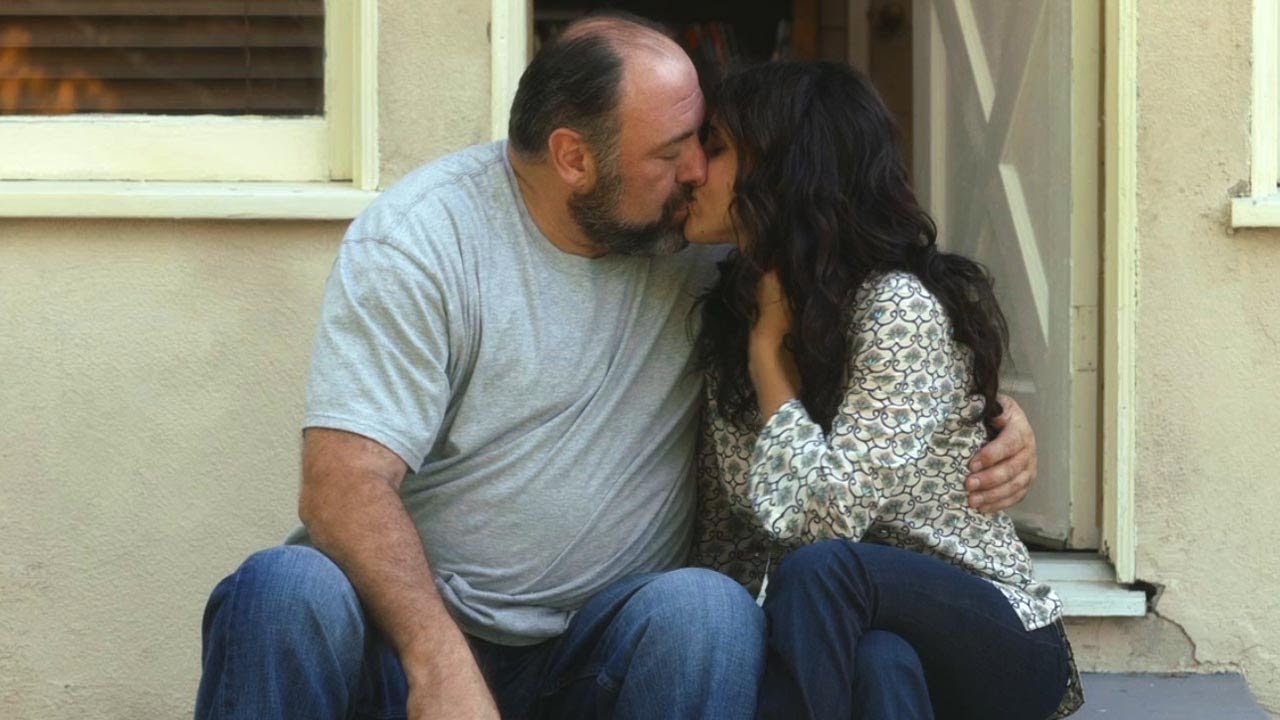 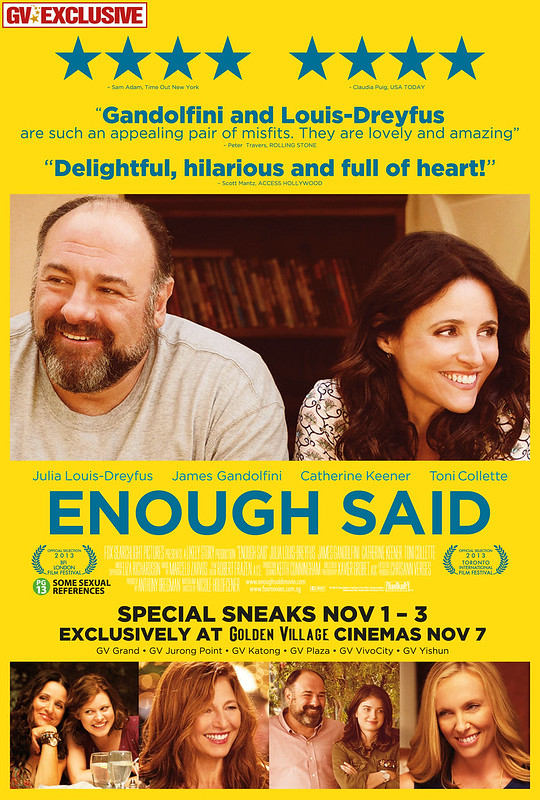 The plot centers on a woman who befriends a woman and starts dating a man at the same time, only to find out that her two new acquaintances are former spouses. This leaves her in a dilemma about whether she should risk her new friendship and romantic partner if she reveals what she has learned about them from one another.

If you find Gandolfini’s name and face familiar, he is better known as Tony Soprano from the popular mob family drama serial, The Sopranos.

I am a fan of Tony Soprano and was admittedly drawn to the movie because of Gandolfini. After watching 6 seasons of The Sopranos, I am very used to seeing Gandolfini throwing his weight around as an obnoxious mob boss. In Enough Said, I find myself equally convinced of his quiet charm as a fat, divorced but lovable slob with a gentle heart. His acting is good.

It is a good last movie to remember Gandolfini by – in a role vastly different from his signature TV role as Tony Soprano.

Overall, the movie paces along rather slowly.

Rachel felt we were not the target audience, but older audiences who have grown-up kids or are encountering mid-life crisis. I beg to differ as I believe love is a universal theme.

Couples, those in love or who have fallen out of love should all be able to enjoy this movie.

As the plot suggests, the storyline is quite linear, but there lies the movie’s silent charm, rooted in realism and everyday characters whom we can identify we.

Enough Said will be showing exclusively in GV cinemas in Singapore from 7 November 2013. Go catch it if you are in a romantic mood. 🙂 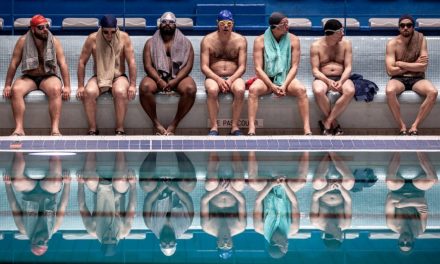