On our last full day on board  Royal Caribbean’s Mariner of the Seas, the whole family woke up early at 7am to make it for Royal Caribbean’s character breakfast – Rise and Shine with DreamWorks, featuring the characters from the animated film, Madagascar.

This was something we were looking forward to, exclusive only on Royal Caribbean Cruises.

The breakfast menu was characters-themed and it caught Asher’s attention. Although he cannot read yet, he was captivated enough to study the pictures on it for a moment.

There are no additional charges for the character breakfast, but you need to wake up early to snag the best seats closest to the performance area.

The characters are introduced one by one over breakfast and each of them will do a little dance before going around taking photos with everyone. To round up the performance, the characters all appear together for a dance finale at the end.

After breakfast, I was given the opportunity to meet up with some of the key personnel who run Mariner of the Seas, including the ship captain, hotel director, cruise director and executive chef.

The captain shared that his number one priority is to keep everyone on the ship safe. The executive chef shared that his biggest challenge is to adjust his kitchen to cater to different consumption habits in Asia, adding Asian fare to the menu. Everyday, he has to serve meals for the over 3,000 people on board, using over 10,000 eggs and 2.5 tonnes of beef for a seven-day cruise. The volume is staggering!

After meeting the key ship personnel, I went on a galley tour. I have been on the galley tour on board Legend of the Seas and was looking forward to gain insight to the kitchen operations on board Mariner of the Seas which is about twice the size of the former.

The kitchen has to prepare food for over 1,200 people at each meal time. The volume is crazy, yet quality food is churned out of a well-oiled machine. This never fails to marvel me. Coupled with the high service standard of the waitstaff, these make dining at the Royal Caribbean restaurants a real treat.

After the tour, Rachel and I brought Asher for lunch at the main dining room:

After lunch, we brought Asher to check out the ice-skating performance. This is popular and there are limited seats, so do go early to avoid disappointment.

Right after ice-skating, I brought Asher for a dip in the whirlpool while Rachel did some reading on a nearby sun chairs Asher totally loved the whirlpool. He stayed at the pool area for over an hour, shifting from one whirlpool to another while dipping into the swimming pool in between.

When it was time to leave, it took a lot of coaxing before Rachel and I managed to get him out of there. After the pool, we went to catch the last performance for the night at Savoy Theatre.

A comedic act from Vegas was on and the dude was a blast! He got Rachel and I laughing through the show. Asher did not get the jokes of course, but he still enjoyed the singing and stage effects.

We then went to queue to have a picture taken with Puss in Boots from Shrek. Asher was thrilled to see Puss and cried when we had to leave after taking a photo. After a long, fun-filled day for the family, we had dinner at the main dining room again.

This was the last dinner for this sailing and the wait staff had prepared something special for all the guests – thank you songs and dances!

Asher slept after dinner that night, tired after a long day. I went out to the Royal Promenade to catch the finale parade. It was a colourful spectacle, with all the performers and character mascots making their appearances for one last grand performance. Had Asher not fallen asleep, I would have brought him to witness this spectacle.

Before going to sleep,  I did more reading that night on the balcony, enjoying the soothing sound of the lapping waves.

The next day, we docked at Singapore early in the morning. We went to the cafe for breakfast before getting off the ship. You will be wondering how crazy it must be to have all 1,200 guests disembarking from the ship at the same time, jamming up the exit with bulky suitcases. This is not the case. Everything is done in an orderly manner, with guests in different sections being allocated different time slots to disembark. It was a breeze checking out.

Upon getting off the ship, getting out of Marina Bay Cruise Centre requires some waiting due to the long taxi queue. I spotted many cut-throat black cabs in the taxi queue as well as Mercedes cabs which have raised their metered fare, bringing them closer in pricing with the black cabs than regular ones. As most Singaporeans avoided taking these, they jammed up the queue by hogging lanes.

Unless you find these two cab types more comfortable, avoid them and just go for the regular cabs for some savings. The cabs arrive pretty fast anyway.

This post sums up by 4D3N cruise on board  Royal Caribbean’s Mariner of the Seas. 🙂

Click here to read all my blog posts on cruising with the family on board Royal Caribbean’s Mariner of the Seas.

To book a cruise with Royal Caribbeans, visit their official website to find out more. For Singaporean travelers, additional contact information are as below: 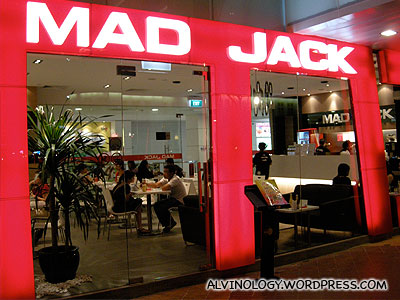 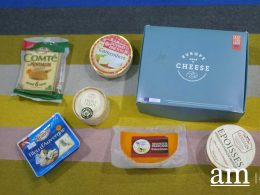 For this coming Chinese New Year, try something different to impress your friends and family by pairing French…
byalvinology After exiting Singapore for 14 long years, American fast food chain A&W has confirmed it will return to…
byChitra Kumar
Power up your child's learning with Geniebook.
Sign up for free demo
This is default text for notification bar
Learn more