Yang Jie Xiang who goes by the online moniker, Shane M or redfanatic, is a 23-year-old intern turned hero in Singapore who saved his co-worker from an abusive supervisor.

He secretly recorded a video of his fellow intern being hit and scolded by their then boss, Alan Lee Yew Nam from Encore Services (please boycott and terminate your contract with this company if you are using their software), following which he viraled the video online, seeking help and advice for the victim.

Here is the full story posted online by Yang:

I confronted my supervisor about it, but i felt his explanation was insincere.

I need some advice. What should I do about this?

The supervisor was also constantly yelling at my coworker for small things.

The hitting and yelling stopped when I confronted him but this kind of behavior has most likely been going on even before I joined, and will again continue after I leave.

When I confronted him, he brought me to a meeting room and his “explanation” he told me a lot of BS like “do not judge a book by its cover, there is a story behind it”. He said that my colleague apparently has an inferiority complex and apparently my supervisor is trying to “nurture” him to get over it. I felt this was stupid, as how can you nurture someone by hitting them?

The abuse seemed to get worse over time during my first 3 days, on the 3rd day I quickly decided to start recording with my phone when the supervisor started to yell again at my coworker.

I plan to report this to HR on Monday, and maybe write to MOM.

However my coworker is very timid and seems like the kind of guy that will not stand up for himself.

Abusive Alan has since been chided by the deputy secretary-general of the National Trades Union Congress (NTUC) and nominated Member of Parliament, Heng Chee How. Heng urged the police and the Ministry of Manpower to investigate the case thoroughly, help the victim seek recourse, and press for deterrent action against the culprit.

In a statement on Wednesday, MOM said it is investigating the victim’s employment terms, as well as possible infringements of the Employment Act.

Yang has since been lauded by the public as a hero for stepping forward to expose the abuse.

Singapore is a selfish society where even Singa the Lion, our national mascot for courtesy and kindness can be selfish enough to quit his job when things are not going his way.

We tend to mind our own business and prefer not to rock the boat if our own lives are not affected. I believe most Singaporeans would not have done anything if we were in Yang’s shoes. The victim did not seem to mind being abused. Why fight for someone who is a willing enabler?

Bear in mind that Yang himself was on internship at Abusive Alan’s company. By secretly recording a video in the office, he may have breached his employment contract, risk getting fired from Encore Services and thus failing his internship.

Despite this, Yang did what he deem was the right thing. 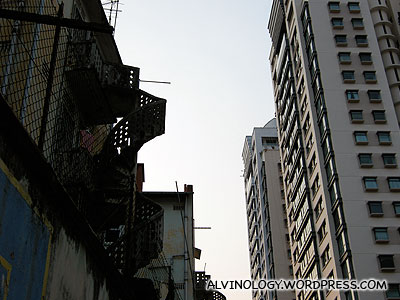 Hanging out at Balestier

Balestier is a city-fringe residential area, characterised by the stark contrast of old and new buildings, poor and…
byalvinology 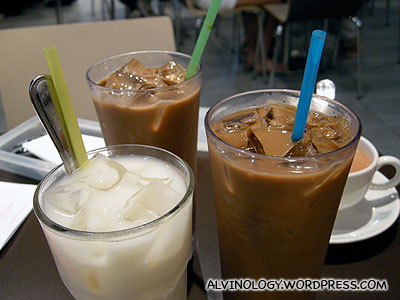 Rachel and I have tried the Kim Gary at VivoCity and found it pretty average. When we passed…
byalvinology