On the fourth day, we spent a full day on board the ship, going through the various activities. It was also to be our last night on board Royal Caribbean’s Legend of the Seas (LOTS). Hence there was much reminiscing among the bloggers on the good times over the past few days.

We started the day early, trailing Christine and Estelle as they went for spa treatment sessions. Christine tried a treatment with heated pebbles while Estelle tried one with a bamboo roller.The working crew took a few photographs and some short video clips of the two ladies before heading off for breakfast at Romeo & Juliet, leaving the two ladies to enjoy their respective spa session.

Remember all the cute animal towels we have been spotting in our rooms every night? Well, there’s actually a towel folding tutorial on board the ship. We learned to fold a few towel animals from the short session. This will definitely come in handy for parents to impress young kids.

The towel folding tutorial was followed by a cake-making class. Cherie, ever the enthusiastic cook volunteered to go on stage to join the chefs in their cake-making demonstration. The completed cakes were cut into slices to share among the audience.

Right after cake-making, we were brought on a tour of the Royal Caribbean’s sprawling kitchen. The kitchen is so big it was divided into two floors. Cakes, bread and other pastries are all freshly baked daily in this kitchen. There is strict quality control for every single dish before they are served to the ship’s guests.

A lot of work goes into running a 24 hours round-the-clock kitchen operation. The chefs need to anticipate when are the peak periods and popular orders to ensure the kitchen is well stocked and orders are always available. Wastage is to be kept at a minimum.

The kitchen tour made everyone very hungry, hence we had our lunch right after the tour.

After lunch, it was time for some retail therapy. The retail manager came to greet us, showing us around the various shops and products available on board the ship.There’s a decent mix of luxury brands, jewelery and regular souvenir items like Royal Caribbean tee-shirts and caps. Items are all duty-free since we are on the open sea.

We headed to the ship’s control station after shopping. We were greeted there by the Captain of the ship who gave us a quick introduction to his ship’s friendly sailing crew.

The bloggers then went on their own free time to explore around while the working crew lazed around through a few rounds of bingo game. It wasn’t our lucky draw – none of us won anything, but it was good fun.

The night ended with a final dinner gathering at Romeo & Juliet. As it was the last night of sailing, the ship’s crew surprised diners with a farewell parade, complete with swinging towels, singing, dancing and all.

Some of the bloggers stayed around to chat at the open deck of the ship till the wee hours of the night, sharing ghost stories and all. After spending five days on the same ship, I became close friends with many of the bloggers, remaining in close contact even till today.

I retired back to my cabin for a few hours of sleep before waking up early to pack and prepare for landing.

The next morning, together with my other two omy.sg colleagues, we dragged our luggage to Romeo & Juliet for breakfast before getting off the ship. We bumped into the rest of the working crew there as well as a few of the bloggers.

Breakfast can be a quick affair, but all of us dragged our feet on it, reluctant to return back to shore, back to Singapore, back to reality. We did eventually. 🙂

~THE END (at least till my next cruise trip)~

Read my earlier blog entries on Royal Caribbean’s Legend of the Seas (LOTS).

Read the Royal Caribbean joint blog on omy.sg, written by the ten bloggers. 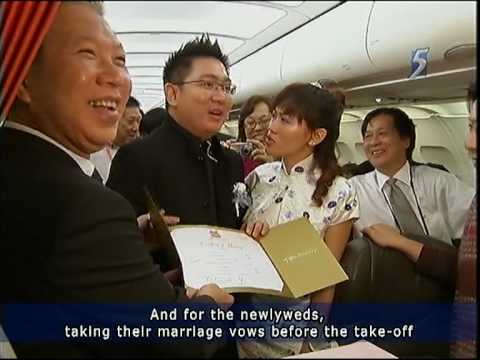 Time flies! Rachel and I have been married for four years and my 4th anniversary went by over…
byalvinology

Sign up for this $8 RWS Invites membership – get 1-for-1 dining deals, $180 worth of welcome vouchers and more!

Kam’s Roast is launching its second outlet in Singapore at Jewel Changi Airport! This marks the first time…
byIrone Kim
Power up your child's learning with Geniebook.
Sign up for free demo
This is default text for notification bar
Learn more