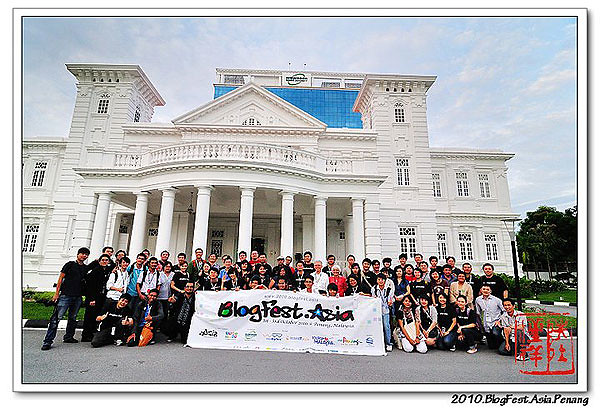 On the final day, Siew Kian and I packed our luggage and brought them to Wawasan Open University as we will be heading straight to the airport after the closing ceremony.

The day started with a blogger representative from each Asian country giving a “country report” on the blogging situation in their respective country. The sharing was quite casual and I got to meet bloggers from countries like Vietnam, Cambodia, Myanmar, Hong Kong, Taiwan, the United States, Thailand and of course, Malaysia.

I was most intrigued by the blogging scene in Myanmar and Cambodia. Do you know that Cambodia has over 30 ISPs and that it cost USD$2000 to set up Internet access in Myanmar?

The Taiwan blogger, a friend chap called Tzu-Che Huang/Tech Soup, shared on the popularity of BBS bulletin board in Taiwan. I was amused with the similarity between BBS and Singapore’s notorious EDMW forum. Both have culture of “no picture no talk” when posting threads and are trawled regularly by journalists for breaking news stories. Apparently, BBS is so big in Taiwan that they are making a movie based on the BBS culture – 木偶人 (the trailer as below):

I was the Singapore representative who did our country report. Basically, I presented some information on Singapore’s Internet penetration rates with statistics obtained from the IDA website. I also shared on the blogging and tweeting scene in Singapore based on my own personal observations.

After the country reports, there was a short political dialogue session between a ruling coalition politician and an opposition coalition MP on new media and politics before we break for lunch at the cafeteria. The session was moderated by the Jeremiah Foo.

After lunch, there was a series of breakaway sessions from 1pm to 4.30pm as per the previous day.

I attended the following three sessions – 1) Organising people in the cyber and real world – by Pinoy blogger, Mark Aethen; 2) Internet Freedom and Responsiblities – by Masjaliza Hamzah from Centre for Independent Journalism, based in Kuala Lumpur; and 3) Photography and travelogue through blogs by Jeremiah Foo and Jess Cheng, both from Malaysia.

Following the breakaway sessions, it was time to announce the winners for the “Let’s Blog Penang Contest”. Siew Kian and I were rooting for Silver, the only Singaporean blogger who participated in the contest and stayed up till 5am to finish her entry. Alas, it was not her day. Silver was cool with it though.

The three winners were:

After the announcement, it was time to say goodbye. All the bloggers gathered in front of Wawasan Open University for a parting shot. Siew Kian and I then had to rush to Penang Airport, ferried by one of the friendly volunteers, River Dragon, a Penang blogger.

This concluded my Blogfest Asia 2010 trip. Look forward to next year’s event. 🙂 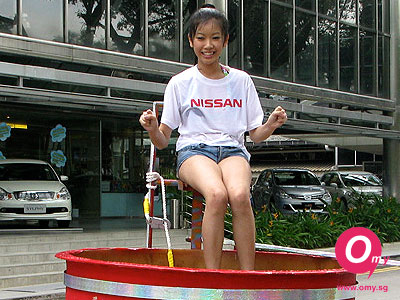 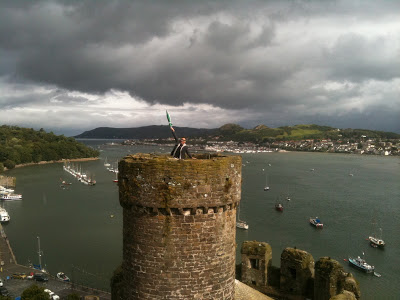 As a travel writer and a fan of travel writing, I am constantly reading the stories of others…
byAlex Liang To address the issues that the world is currently facing with the ongoing coronavirus pandemic, Facebook has announced…
byAngeline Rodriguez