Alvinology goes to Shantou – Day 3 of 5

On the our third day in Shantou, we went to Puning City (普宁市) in Jieyang (揭阳) in the morning. Rachel and I got to ride in one of the VIP’s BMW, thanks to my boss, Chim Kang.

The first activity for the day was to head to one of the local government’s banquet hall for another opulent feast. Nicholas, Rachel and I decided to skip this banquet as we were still full from our heavy breakfast at the hotel. We also wanted to take a breather from the straight-laced official itinerary.

The three of us explored the local market nearby and were captivated by the vibrant sights and sounds. We bought some local tidbits to bring home and then had a simple lunch at one of the street stalls. It was just porridge with some vegetable and meat dishes, but it felt good to eat normally for once.

After lunch, we went to the Puning Overseas Chinese Secondary School (普宁市华侨中学) for a tour. The Singapore Teochew Poit Ip Huay Kuan (新加坡潮州八邑会馆) has contributed funding to this school and some of the members in our group were happy to witness how their money has been used for a good cause.

Next, we headed to the Puning Chinese Medical and Herbs Market (普宁中药材市场) to check out the wide array of traditional Chinese medicine and herbs found in Chinese medical halls around the world. Other than the ubiquitous herbs like Lingzhi and Cordyceps, there were also rare items that are not commonly found elsewhere. Rachel and I were fairly disturbed to find a shop which specialises in deer products – all the way from the antelope to the deer’s penis.

We then took a long ride to a gigantic house owned by a rich Singaporean Teochew oil tycoon. We did not get to meet this tycoon, but there were caretakers and gardeners present who are responsible for the house’s upkeep though no one seems to be be staying in it.

There, the tycoon had made arrangement for a few truckloads of firecrackers for our group to play with. We were also all presented with a large box of preserved plums and Shantou oranges each.

This was the first time Rachel and I have come so close to firecrackers and so many of them at a go. The sound was really booming loud and you could feel a tingling pain in your ear drums after a few minutes. The sea of red left behind as residue is beautiful, but probably a pain to clear up later on.

Here’s a video recording of the lighted firecrackers:

Next, we headed to China Jade Capital (中国玉都), which controls more than 20 percent of the jade market in China. It’s the biggest in China and has a large amount of Burmese jade. As we are not familiar with jade pricing, we did not buy anything although we were quite impressed with the beauty of some of the white and purple jade pieces.

We had dinner at Temeisi Hotel (揭阳特美思大酒店) which seems to be helm by a famous head chef. We were quite hungry this time as we had a light lunch. Hence we were able to eat quite a bit.

After dinner, we headed back to Meritus Shantou, ending our official itinerary for the day.

Nicholas’s cousin came to look for him that night. His cousin is a surgeon and a very friendly chap. He offered to take Nicholas, Rachel and I to a nearby massage centre which is frequented by the local medical community. I did not take any pictures of the massage centre, but the services and facilities were really excellent.

Rachel went a seperate room for ladies. The three of us guys went for a sauna first before getting a good massage. We then joined Rachel in the resting area where they actually served us porridge with some light ingredients.

After the meal, we took a quick bath and changed. Nicholas’ cousin then kindly drove us back to the hotel. It was nearing 2am. We felt really guilty as he still has to work the next day, but at the same time, touched by his hospitality.

Stay tuned for my next update on day 4. 🙂

Home and away in Shantou (Rachel’s my paper article)

I also want to work in an office like this! 🙂 Don’t you? I especially like the slides…
byalvinology While we can’t travel physically for now, our taste buds can.  And winding down at home with a…
byJune Tan 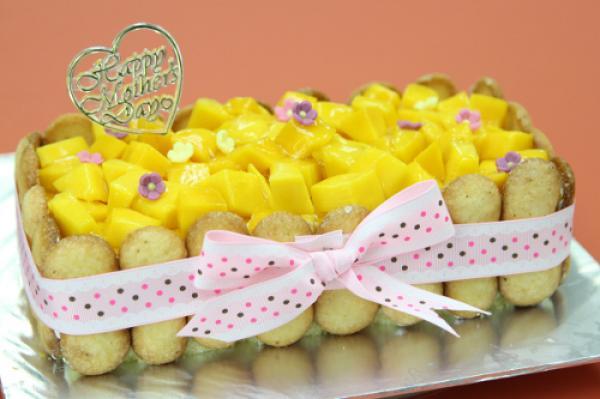 For Muslims looking for a halal Mother’s Day cake, why not order it from Eatzi Gourmet? Run by…
byalvinology

Earlier in February, I boarded Royal Caribbean’s Mariner of the Seas for a 4D3N cruise from Singapore to…
byalvinology