Who is Mas Selamat Kastari? 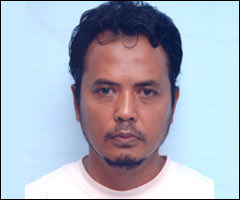 Mas Selamat Kastari, 45, is the terrorist who planned to crash a hijacked plane into Changi Airport in 2002. He is on the loose now, having escaped from detention yesterday.

A massive manhunt involving thousands of policemen and Gurkhas was launched yesterday to hunt him down. Mas Selamat is said to have fled the Internal Security Department’s Whitley Road Dentention Centre at 4.05pm yesterday.

Here’s the full report from CNA:

A massive police operation is underway in Singapore after the leader of the Jemaah Islamiyah network here, Mas Selamat Kastari, escaped from detention at 4.05pm on Wednesday.

A statement from the Home Affairs Ministry says Mas Selamat walks with a limp and is presently at large.

He is not known to be armed and is one of Singapore’s most wanted men.

Extensive police resources have been deployed to track him down after he escaped from the Whitley Road Detention Centre.

Anyone with information about him can contact the police at 999.

Mas Selamat was arrested by the Indonesian police on Bintan island in January 2006.

He was picked up then for using a fake identity card.

Based on investigations then, Indonesia’s elite anti-terror police discovered he was the leader of the Singapore Jemaah Islamiyah network, a terrorist organisation.

They then deported the man to Singapore in 2006.

The 45-year-old father of four was also said to be involved in JI’s plans to mount attacks against foreign and local establishments here.

These included the US Embassy and American Club, the Defence Ministry headquarters at Bukit Gombak and the Education Ministry building at North Buona Vista Drive.

The militant leader had been on the run after Singapore authorities discovered plans to crash seven truck filled with bombs at various locations around the island.

Investigations also revealed that he was the mastermind behind a plan to hijack an airplane and crash it into Changi airport.

When he was last arrested in Indonesia, officers found literature on bomb making on the man.

Mas Selamat’s deportation to Singapore two years ago was seen as a significant development in the close network of cooperation amongst intelligence officers in the region to share information on terror suspects and to defeat the terror threat.

The islandwide manhunt has fanned out to areas in Beauty World in Upper Bukit Timah and Goldhill Avenue near Barker Road.

Officers are also knocking on homes asking residents if they have seen the escapee.

The Ministry of Home Affairs issued a brief statement yesterday about the escape, saying that Mas Selamat walks with a limp and was not believe to be armed.

If you see him or know where is, please call 999 to assist the police.

Actually, I was wondering how did Mas Selamat get away in the first place… he’s unarmed and walks with a limp, how fast can this guy run? We seldom even hear of convicts escaping from Changi Prison, not to mention the Internal Security Department.

In any case, I hope they find him soon before he attempt any jihad actions which may harm Singaporeans.

MORE than 100 SAF soldiers have joined the island-wide manhount for Singapore’s most wanted man, Mas Selamat Kastari, the leader of the Singapore Jemaah Islamiyah (JI) network, who escaped from detention on Wednesday afternoon.The SAF military police and guardsmen were brought in at about 6.30 am on Thursday to beef up the huge security blockcade around the wooded Malcolm Park, near the Singapore Chinese Girls’ School and the vicinity.

They arrived in a convoy, which included a 5-tonner truck, several Land rovers, and quickly took up positions along with the hundreds of police, special operations and Gurkha forces that have been massing overnight in the area near the Whitley Road Detention Centre, where the JI militant fled at about 4.05 pm on Wednesday, sparking the biggest island-wide manhunt.

Residents leaving the areas near Goldhill Avenue, Barker Road and Malcolm Park, had their cars scrutinised and even had to open their boots on Thursday morning, causing a long traffic tailback along Dunean Road.

Students of SCGS, St Joseph Institution and Anglo Chinese School were advised by their principals and teachers to stay calm and vigilant and told of why they were surrounded by a strong police presence.

But this was not reassuring enough for many parents who decided to pull their children out of school for the day. One mother, who would only give her name as Ms Tan, said she was taking her primary school daughter home because she felt ‘uneasy’ and preferred to have the girl at home.

In SCGS alone, more than half a dozen parents were seen leaving with their daughters when they were told of the manhunt for the runaway terror leader. All the schools in the vicinity were carefully combed by the police forces before the students turned up.

The Ministry of Home Affairs issued a brief statement on Wednesday night about the escaped leader. It said Mas Selamat walks with a limp, and was not believed to be armed.

The escaped terror leader, 47, took over as head of the JI network here in 1999, and later plotted to crash a hijacked plane into Changi Airport.

The alert also went out to all border checkpoints, the Police Coast Guard, and even taxi companies, which broadcast a message to cabbies telling them to look out for the suspect.

The lockdown, from late afternoon through the night, gave the whole area an almost surreal feel, with scores of police vehicles flashing blue and white lights lined up along the roads.

There were roadblocks at several areas, and grim-faced personnel, their neon green work vests glowing in the glare of lights, checked car boots and spoke urgently into walkie-talkies. The huge uniformed presence signalled immediately to residents of the affected areas that something big was going on.

Some residents worried
Mrs Jasmine Lim, 42, whose car was checked as she entered Goldhill Estate where she lives, said some residents were worried.

The mother of four said she called her two older children, aged 22 and 19, and told them to get home early. ‘I have a security alarm that I normally don’t activate so early, but tonight I will,’ she said.

Senior accounts manager Terry Chia, 44, said police stopped him on his way home and showed him a picture of Mas Selamat.

He did not think anything of it at the time, but said he began to worry when he learnt that the escapee was a JI detainee.

The Indonesian-born JI leader escaped a dragnet that resulted in the detention of 13 JI members here in December 2001. The group had been planning to attack targets here.

While in hiding, Mas Selamat plotted to hijack a plane and crash it into Changi Airport. The plot was foiled. He was arrested in Indonesia twice, before being handed over to Singapore in February 2006, and has been detained under the Internal Security Act since March that year. 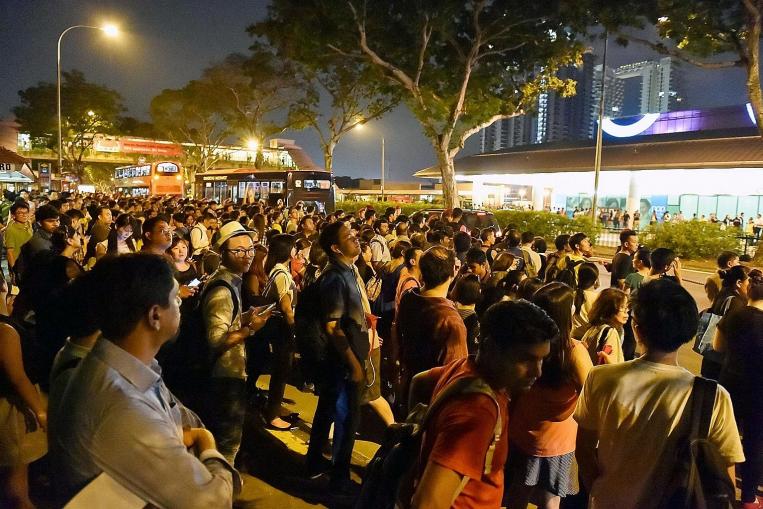 Instead of reaching for your wallet to make your yearly donations, The Food Bank Singapore prefers that you…
byDanielle Ann