The strategic location of Orchard Central makes it a prime site for the first Tesla Supercharger station in the city.

The shopping mall is the latest addition to Tesla’s global list of over 2,500 Supercharger stations with over 25,000 Superchargers around the world.

Five are SP Group’s charging stations that are compatible with all-electric and plug-in hybrid vehicle brands.

The new V3 Superchargers at Orchard Central are available 24/7. As private hire cars such as Grab are on the rise, many driving licence holders in Singapore have…
byKaryn Cheong 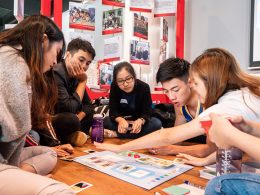