The latest round of COE bidding exercise concluded yesterday. A total of 4288 COEs are available (after deducting those meant for motorcycles and vehicles such as lorries and buses). Uber submitted 870 bids and got 840.

Now, let’s put things into perspective. Can you imagine that in a single COE bidding exercise, ONE company secured more than 20% of a national-wide right to own a car. Think about that. One in five new cars are owned by Uber. This means more cars are available for booking. That should be good news for consumers, right?

Let’s indulge in a little thought experiment to predict possible future scenarios if this trend continues.

Of course, this whole thing is highly speculative. We don’t know if this trend will continue and the actual outcome that will follow. Who knows, consumers really will benefit.

If you think this is unlikely, and that I’m just smoking weed, consider this:

Uber’s aggressive bidding is not a function of free market mechanics. In money markets, stringent rules and policies exist to prevent Market Makers (companies or individuals with so much capital that they can influence the entire market from their transaction volume alone) to ensure free market economy can continue to function.

This is the very same reason why the Land Transport Authority has banned local taxi companies from taking part in COE bidding since years ago. 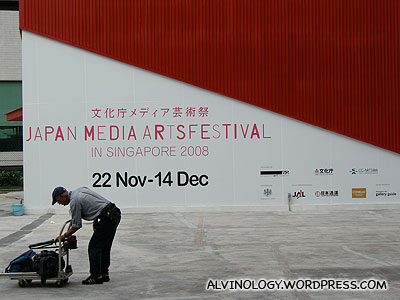 Rachel and I visited 8Q sam, the contemporary arts branch of the Singapore Art Museum on Saturday to…
byalvinology