Stand by Me Doraemon (Japanese: STAND BY ME ドラえもん) is a 2014 Japanese 3D computer animated film based on the Doraemon manga series and is directed by Takashi Yamazaki and Ryūichi Yagi. It is said to be the first ever 3D Doraemon movie and also the last one: 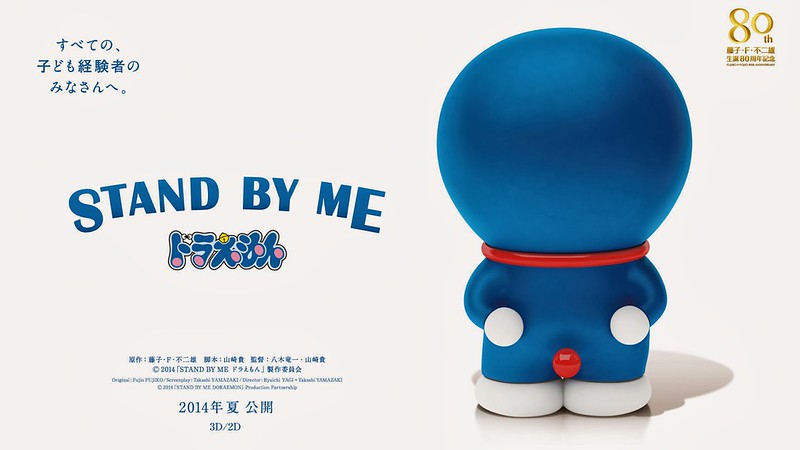 The film is released in conjunction with the 80th anniversary of the manga writing duo formed by two Japanese manga artists, Fujio Fujiko (藤子不二雄) – likely the most influential manga artists in the world.

Doraemon is going back to the future. Will Nobita Nobi Survive without him? The plot combines classic Doraemon stories like “All the Way From the Country of the Future”, “Romance in Snowy Mountain”, “Nobita’s the night Before a Wedding” and “Goodbye, Doraemon…”. The trailer starts saying “Is it really Doraemon will finish in this summer?”, anticipating that Doraemon will come to a conclusion, this idea is reinforced by the official website’s containing “Don’t cry, Dora-chan”.

The movie opened at #1 at the Japanese box office and will be opening in Singapore cinemas from 11 December. Rachel and I caught the gala premiere last week, with the Doraemon mascot making a special appearance: 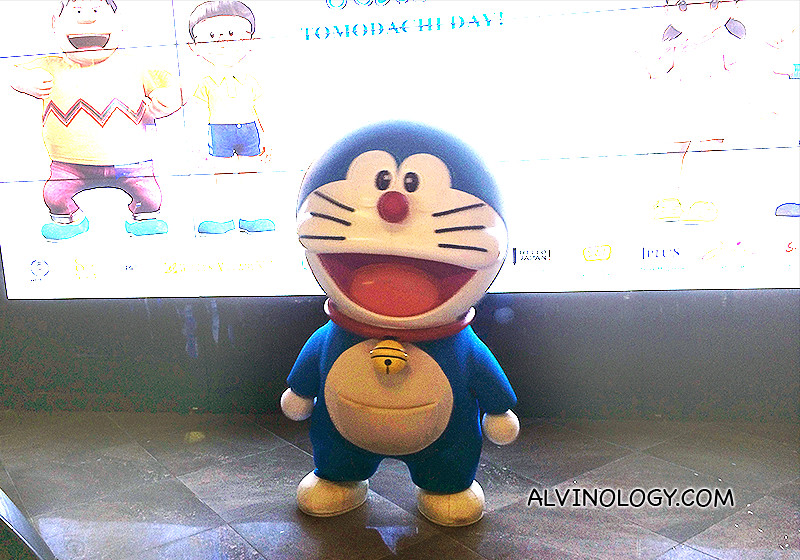 As a Doraemon fan, this has got to be the best Doraemon movie ever. All the important stories are packed inside and the movie also featured many of the cool Doraemon’s amazing gadgets from the future which we grew up fantasizing on owning.

Best of all, Nobita actually learned to be independent finally, unlike most of the stories which we are used to. In this current day and age, it is not cool for Nobita to remain a loser for life and definitely not the best of role model for kids.

The 3D animation is quite well done and the characters are brought to life in 3D, looking better than ever before:

In fact, this is the best animation film I watched in 2014 and highly recommend it to everyone. Production value is high, the story is fantastic and has wholesome entertainment values, suitable for the whole family, including the little ones.

The only issue is that the film is in Japanese with English and Chinese subtitles. This means that your kid would need to be able to read the subtitles or understand Japanese in order to enjoy the movie.

For Doraemon fans – good news: I am giving away a pair of  tickets to the 100 Doraemon Secret Gadget Expo @ Johor Bahru City Square (worth RM$50) and a limited edition Stand by Me Doraemon clear folder. To win, simple follow me on Twitter, Facebook or Instagram and drop a comment below before 14 December on why you like Doraemon.

25 Dec 2014 Update: Congratulations to Siti Khadijah! You have won the contest. I will be contacting you via email. 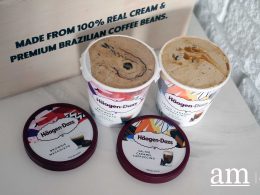 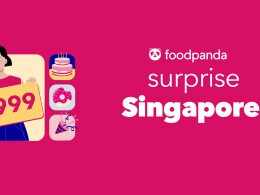 [PROMO] Foodpanda turns 9 and giving away birthday treats including a chance to win $999 foodpanda vouchers and more!

foodpanda Singapore turns nine this May and, there is no better way to celebrate than to share the…
byIrone Kim
Power up your child's learning with Geniebook.
Sign up for free demo
This is default text for notification bar
Learn more