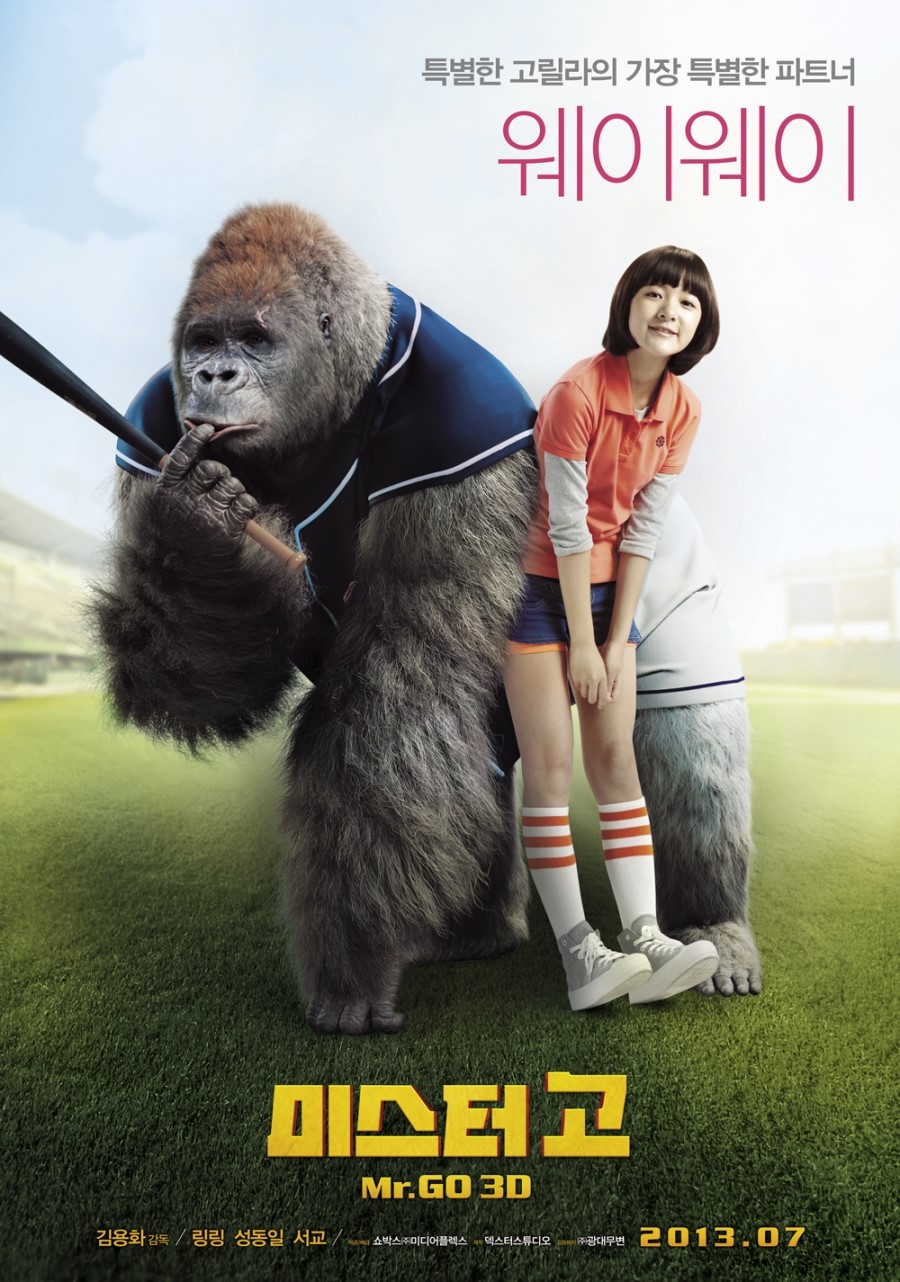 Mr. Go (미스터 고 / 大明猩) is a 2013 film written and directed by Kim Yong-hwa based on Huh Young-man’s 1984 comic The 7th Team (제7구단) – about a gorilla who becomes a baseball superstar and his 15-year-old female manager.

Mr. Go is the first South Korean film to be fully shot in 3D and is a co-production between South Korea and China. It was released simultaneously in both countries on July 17 and 18, respectively. Mr. Go is now showing in Singapore cinemas.

The movie’s theme song “Bye” was sung by Kim Tae-yeon, a member of Girls’ Generation. Composed by music director Lee Jae-hak, “Bye” had a Korean version and a Chinese version:

Young circus ringmaster Wei Wei has only bat-swinging gorilla Ling Ling to depend on as her only family member and friend, when her grandfather dies in the Great Sichuan Earthquake, leaving behind an insurmountable debt. When a loan shark threatens to sell Ling Ling and the circus kids to cover the debt, Wei Wei has no choice but to allow Ling Ling to be scouted in the Korean Baseball League by the materialistic sports agent Sung. Ling Ling, now dubbed “Mr. Go,” becomes an instant hit with fans and leads his team Doosan Bears to a miraculous winning streak.

Yes, I know the storyline seems really ridiculous, but the movie was surprisingly entertaining and moving!

Rachel and I brought Asher to watch Mr. Go  together. This is the first movie we brought him to watch and he enjoyed it a lot, sitting quietly throughout. He would clap with the screen audience when they applauded Mr. Go during baseball matches and would laugh when he see the gorilla eating human snacks on screen.

Animals and children transact global boundaries. This movie is perfect for family audiences anywhere in the world. It has been a long time since I have watched such a family-oriented movie with no kissing scenes or sexual jokes or excessive violence on screen.

Mr. Go is a beautiful story of the friendship between a girl and her gorilla as well as their influence on the people around them.

The movie has been marketed with limited publicity in Singapore. I would not have known about it if I had not seen the trailer when I was in Seoul earlier in July. This is a real pity because I think it has great potential to be a big box office hit with it’s clean storyline and magnificent CGI on the gorilla:

Btw, if you find the female lead familiar looking, her name is Xu Jiao. Her first movie was as the lead actress in CJ7 (长江七号), a 2008 Hong Kong-Chinese science fiction film co-written, co-produced, starring, and directed by Hong Kong comedy king, Stephen Chow.

She has grown-up quite a bit since her movie debut, but her acting is still as good and she can move people with her onscreen sweetness.

The ending of the movie suggests a sequel. If it is in the pipeline, I am looking forward to it and I am sure Asher is too! 🙂

The March school holidays are here! It’s time for the kids to run wild and the folks at…
byalvinology

Marvel’s Guardians of the Galaxy – You can enjoy Vol. 2 without watching Vol. 1

I caught the preview screening for Marvel’s Guardians of the Galaxy Vol. 2 last night and it was fun.…
byalvinology 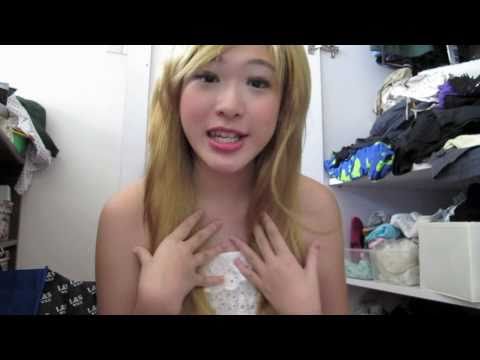 ZEYnHEXinRL (Miranda) on Becoming Xiaxue and Other Funny Videos

I came across this young Singaporean, Miranda’s Youtube channel, ZEYnHEXinRL, a few days ago. This is how Miranda…
byalvinology
We are now on Telegram with daily deals and giveaways! Click and join our channel. It's FREE!
See how Snapask has been helping out over 3 million students around the world. Find a perfect plan